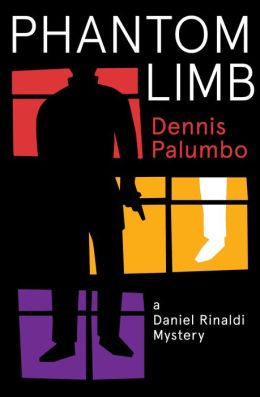 In my new Daniel Rinaldi thriller, Phantom Limb, one of the main characters is an Afghan vet who lost his leg to an IED while out on patrol with his unit. Now, stateside, he struggles with a growing substance abuse problem, as well as some of the predictable psychological aftereffects of such a life-changing trauma.

Moreover, he often experiences the bewildering sensation that his missing limb is still attached to his body. It itches, aches, or feels cold. Often, at night, while his prosthetic leg is propped against the wall across the room, the former Marine tosses and turns in bed, maddened by the tingling, burning sensation in his “phantom limb.”

Prior to becoming a licensed psychotherapist, I did intern work at a private psychiatric facility where I encountered a number of amputee patients suffering from this condition. But it wasn’t until I began researching the new novel that I discovered that up to 80 percent of people with amputations experience phantom limb sensations. Fortunately, in most cases, the symptoms lessen over time.

But what causes this extraordinary syndrome? At present, there’s no exact answer. For many years, the accepted theory was that once a limb is amputated, the severed nerve endings continued to send signals to the brain. Which then re-wires itself to adjust. To put it simply, from the brain’s standpoint, this meant the severed limb was still “there.”

However, more recent research suggests that phantom limb sensations originate in the peripheral nervous system, not the brain. They are the result of alterations in the body’s wide neural network, outside the primary areas in and around the brain. Of course, none of these theories do much to reduce or eliminate the patient’s uncanny experience. Just as most treatment methods have shown less than hoped-for results. Patients have been prescribed everything from anti-depressants to biofeedback, muscle relaxants to hypnosis. In some cases, doctors have tried electrical nerve stimulation. For example, inserting an electrode into the spinal cord, and then delivering a small electric current to relieve discomfort.

Regardless of treatment approaches, both the sudden loss of an arm or leg, as well as the phantom limb symptoms that often occur, are indicative of the psychological trauma accompanying such extreme injuries. Whether caused by an explosive device buried in the sand or as the result of an auto accident, the sudden loss of a limb is an emotional as well as a physical disruption of a person’s world.

In my novel, the character’s phantom limb symptoms serve as a metaphor for the sense of absence we all feel when a part of us—either due to an actual physical injury or some deep personal loss, such as a painful divorce or the death of a loved one—is wrenched away. Leaving nothing, to our mind’s eye, but a persistent, almost palpable ghost. Gone, and yet not gone.