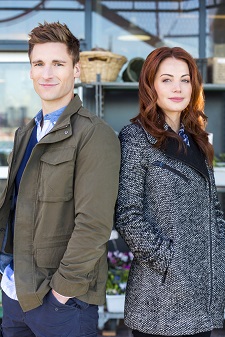 Now known as the Hallmark Movies & Mysteries channel, it has acquired the works of several mystery authors whose novels will be made into original TV movies.
Keeping with the mission of Hallmark, the authors whose work will be on the network write the lighter, softer type mysteries. Hallmark is calling these original two-hour movies its Original Mystery Wheel Franchise.

I think Hallmark has rounded up some of the best of the genre and I hope they add even more of these movies based on novels by writers who specialize in amateur sleuths. I can think of at least a dozen authors whose novels would fit right into the Hallmark family.

Deborah’s Donnelly’s novel Veiled Threats, part of her wedding planner series, will be the basis for the first Wedding Planner Mystery premiering at 9 p.m. ET/PT and 8 p.m. CT on Sunday Oct. 19.

I am a fan of Donnelly’s series and it is a perfect fit for the network. I recently viewed the film and it does justice to her series, combining the suspense with a bit of romance.

Joanne Fluke’s Hannah Swensen Mystery series, beginning with Sugar Cookie Murder, is scheduled to air in 2015. Fluke’s culinary series has sold over six million copies in print and has been translated into seven languages. Since the series began in 2000, Fluke says she has baked more than 500,000 chocolate chip cookies for fans as well as countless pies, cakes, muffins and other sweets. Naturally, she includes recipes in her novels. Fluke’s series always makes me want to start baking and the films should too. 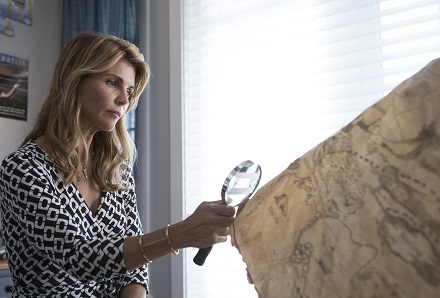 Another mouth-watering series that will come to Hallmark is The Gourmet Detective, based on the series by Peter King. I was a big fan of these witty novels in which a culinary whiz uses his mastery of food, drink and cooking to solve crimes of the culinary world. This series was a mini education in food as the nameless detective used his encyclopedic knowledge of culinary world to find valuable recipe that had been stolen or the murderer who committed his crime in the middle of a five-star restaurant. Dylan Neal (Debbie Macomber’s Cedar Cove) will star in and executive produce these movies. The Gourmet Detective is slated to begin in 2015.

It’s especially exciting news that Charlaine Harris’s Aurora Teagarden novels will be part of the Hallmark’s reboot. Librarian Aurora “Roe” Teagarden is a crime buff, lover of mystery novels and a member of the Real Murders Club, which meets to analyze famous crimes and mysteries. I loved this series by Harris and always hoped it would return. And if you don’t know who Charlaine Harris is, well, shame on you.

Aurora will be played by Candace Cameron Bure, who most of us remember from the TV series Full House. The first Aurora movie is slated for 2015.

What started Hallmark executives thinking about how these mystery novels were good fodder for TV must have been the reception the network received with its airing last year of the first Garage Sale Mystery. The movie starred the always appealing Lori Loughlin as a yard sale treasure hunter who uses her keen eye to solve crimes. The “Garage Sale Mystery” movies are based on the novel by Suzi Weinert.

Of course, you'll want to start reading the books before the films air.

MysteryScene RT @RonFunches: Yes it is much easier to copy someone else’s hard work for profit. That’s not a creator economy that’s a con man economy
Nov 30 • reply • retweet • favorite