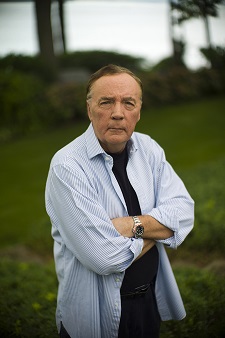 James Patterson, left, leads the list of the 10 top-selling authors during the last decade, according to a list put together by Nielsen Bookscan.

While the list has to do with quantity, not quality, it’s interesting that three other mystery writers also are on the list.

Mystery writers also can claim J.K. Rowling, at No. 2, as her Harry Potter novels are quasi mysteries, and Stephen King, at No. 11, as he was named a Grand Master by the Mystery Writers of America. Nora Roberts, at No. 3, also crosses into mystery territory with her J.D. Robb series. (And I don't know why the list includes a No. 11 since the list is billed as the top 10!)

Patterson, of course, is the author of the mega-selling Alex Cross series, which celebrated its 20th anniversary last year, as well as many, many other novels co-written with a string of authors.

Patterson’s books have sold over 300 million copies worldwide. In 2013, one in five suspense/thriller books sold was a James Patterson book.

He is the first author to have No. 1 new titles simultaneously on The New York Times adult and children's bestsellers lists and is the only author to have five new hardcover novels debut at No. 1 on the list in one year—a record-breaking feat he's accomplished every year since 2005.

And if that were not enough, Patterson has had 19 consecutive No. 1 New York Times bestselling novels, and holds the New York Times record for most Hardcover Fiction bestselling titles by a single author (63 total), which is also a Guinness World Record.