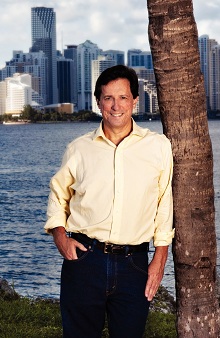 So congratulations to James Grippando, whose thrillers deliver “ripped from the headlines” plots while offering a vivid view of life in South Florida.

Most of Grippando’s novels feature Miami defense attorney Jack Swyteck. The son of a former governor and a Cuban mother, Jack’s background is steeped in South Florida lore.

But, like most mystery novels, Grippando’s stories could take place anywhere.

Grippando’s use of current events adds realism to his novels, and often brings a sense of urgency to his works.

In Need You Now, Grippando showed how the plague of Ponzi schemes, such as Madoff and their ilk, reaches into every strata, affecting the wealthy, the middle class, corporations and charities, even mobsters. After all criminals also need a place to park their money and, unlike most Ponzi victims, they tend to be bit more vengeful, as I said in my review.

Money To Burn looks at the Wall Street meltdown.

His Afraid of the Dark may be one of the scariest novels I have ever read, frightening in its uncovering a horrifying conspiracy among terrorists that most of us cannot even imagine happening. 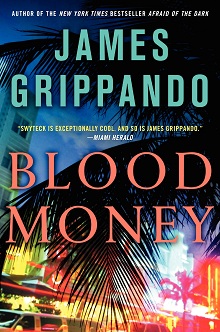 Afraid of the Dark touches on terrorists, the treatment of political prisoners, cyber security, the war in Iraq and even teenage sexting. It’s a heady brew of plot points, but Grippando skillfully balances each tendril, as I said in my review of the novel. To say more would spoil the myriad twists that Grippando deftly adds to this multi-layered plot, but every plot twist, every nuance feels authentic.

And Grippando continued that focus on newsmakers in his 20th and latest novel, Blood Money. It’s also his 10th one about Jack Swyteck.

Grippando used the Casey Anthony case as the inspiration for the meticulously plotted Blood Money.

But Blood Money was not just a look at this case that is still making headlines.

Grippando spins Blood Money into an intriguing look at the media, vengeance-seeking crusaders and our perception of defendants and their attorneys, as I said in a review.