"the Man of Last Resort": the Outrageous World of Randolph Mason
Michael Mallory 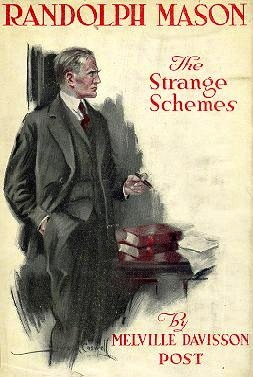 One can search the entire annals of crime and mystery fiction and find no lead character as unpleasant, as morally ambiguous, or as downright disturbing as the "Mystery Man of New York,” Randolph Mason.

Like his namesake Perry, Randolph Mason is a brilliant defense attorney. Unlike Erle Stanley Gardner’s courtroom hero, though, he is an unscrupulous, antisocial, abusive, and amoral man who is not only hated and feared by his peers and opponents, but is similarly regarded by his own clients, whom he regularly berates. Physically ugly, with a sneering face that alternately reflects fearlessness, cunning, or brutality, depending upon the angle from which it is seen, Mason is known as “the Man of Last Resort” because of his genius for finding loopholes within the law through which his guilty-as-sin clients can crawl to freedom.

Such a character is startling enough in a world where readers have grown accustomed to protagonists who battle as many personal demons as the antagonists, while watching on television the antics of today’s real-life celebrity defense attorneys, who play more to the media than the bench. But the shocking truth about Randolph Mason is that he first appeared in print over one hundred years ago.

Randolph Mason was the first popular creation of a criminal and corporate lawyer-turned-writer named Melville Davisson Post (1869-1930). While virtually forgotten today, Post was a highly regarded crime writer of the era, so much so that no less an authority than Anthony Boucher proclaimed his “Uncle Abner” stories, featuring a Virginian sage whose last name was as elusive as Lt. Columbo’s first, to be “the best American detective short stories since Poe.”

Mason’s first appearance was in the 1896 volume The Strange Schemes of Randolph Mason, which immediately gained notoriety because of one particular story: “The Corpus Delicti,” which remains after all these years one of the most cynically gruesome tales ever penned by a mainstream author. In “Corpus Delicti,” Mason’s client is Richard Warren, a murderer and impostor who has killed a wealthy man in order to steal both his identity and his wife. That woman, however, is threatening to expose him on the eve of his marriage to another. Upon consultation, Mason tells Warren that the solution to his problem is quite simple: he must kill the troublesome wife. But to escape punishment he must dismember the woman’s body and then dissolve the pieces in a chemical solution in the bathtub! Mason callously assures Warren that if he follows his instructions to the letter, the law will not be able to touch him. 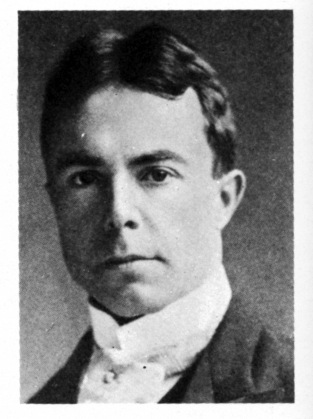 Melville Davisson Post was a 27-year-old lawyer in Wheeling, West Virginia, when his first book, The Strange Schemes of Randolph Mason, brought him sudden success.

Warren does so, reducing his former common-law wife to “only a swimming mass in the tub,” and based on evidence of overheard threats, bloody clothes, a knife, and even a near-confession, he is arrested for the crime. The prosecution’s case is seen as a virtual slam dunk until Mason asks the state to produce the body of the victim, which of course, it cannot. The defense attorney reminds the court that, under the current law, a man cannot be convicted of murder if there is no evidence of a body. The irate judge has no choice but to set the two-time killer free so he can happily marry his beautiful new wife (who, one hopes, has better luck than the prior one).

Outrage over “The Corpus Delicti” made The Strange Schemes of Randolph Mason, in Post’s own words, “a dangerous book.” But there was method to the author’s callousness. Based on his experience as an attorney, Post believed many of the laws of the land to be flawed and riddled with holes. He furthermore felt that these flaws could only be corrected through public exposure, so by creating Randolph Mason he was offering the reading public an example of the kind of scoundrel that should be confounded at all costs. “Against these [attorneys] the average man of affairs can defend himself but poorly,” Post wrote. “He may be warned, however, and the author will have accomplished his purpose if he succeeds in identifying the black flag of such pirate crafts.”

Post’s strange scheme paid off: “The Corpus Delicti” is said to have prompted actual reform in the law regarding evidence in a murder case.

Even though none of the other stories in The Strange Schemes of Randolph Mason are as shocking or gruesome as “The Corpus Delicti,” they all depict a protagonist fighting a losing battle against insanity and struggling for his mortal soul. In one story, “The Men of the Jimmy,” a judge describes Mason as “a master mind moved by Satanic impulse.” By the time of another story, “The Animus Furandi,” Mason is a broken man, having failed in a major case involving the French syndicate, as well as a broke one, having lost his wealth. The closest thing to a friend in the world is his loyal secretary, Courtland Parks, a melancholy clerk who tries to build his ruined employer back up by securing clients.

Mason’s illness is even more pronounced in the second volume of stories, Man of Last Resort, or The Clients of Randolph Mason (1897). The lawyer only makes token appearances in these tales and when he does surface, he is depicted as ailing, weak, and old-looking, even though he is in only in his mid-40s. What he lacks in page count, however, Mason more than makes up with vitriolic behavior. In the story “Mrs. Van Bartan,” for instance, the lawyer is so abusive to his client, who likens him to the devil, that he nearly drives her away. Mason is completely absent from the volume’s final story, “The Rule Against Carper,” but is said by a doctor to be so deeply in the grips of mania that not even two hypodermics of morphine can stop his raving.

After Clients, Randolph Mason disappeared for more than a decade, and in that time Post seems to have decided that he had pushed his character as deeply into hell as was possible, because when Mason finally did return in 1908, in a new collection of stories titled Corrector of Destinies, he was a changed man. While still gruff and impatient, the reformed Randolph Mason had conquered his mania and had not only developed a moral code, but had managed to acquire some manners. This Mason was now a righter of wrongs and an avenger of injustice, more of an early Simon Templar than a latter-day Simon Legree. A measure of Mason’s change of heart can be found in the story “The Pennsylvania Pirate,” in which he turns the tables on a con man who is trying to cheat the owners of oil-rich property out of their land. Mason goes so far as to rebuke the con man’s attorney for even thinking of filing a shady lawsuit. “Such a suit would be founded on a moral wrong,” Mason tells him. “If the law permitted this wrong, would your conscience permit it?” This is a far cry from the man who once declared, “The word ‘moral’ is a purely metaphysical symbol.” 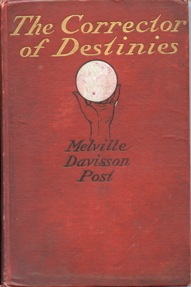 The most interesting thing about the new Randolph Mason is his decidedly Holmesian demeanor (though he did have a brief Sherlock-esque moment in the novella “Once in Jeopardy,” from The Clients of Randolph Mason, in which he barked to a client: “Give me the facts just as they occurred. You may reserve your melodrama for purposes of copyright”). In Corrector of Destinies Mason is back on his feet financially and conducting business out of a run-down mansion on Broadway, near Wall Street, which was willed to him by a former client. He shares the house with two Italian servants: a man named Pietro, whom Mason actually likes, and Pietro’s wife Francesca.

The voice of the stories has changed as well in the later volume. Whereas there was no official narrator of the earlier Mason tales, in Corrector of Destinies Mason’s exploits are faithfully recorded and recounted by Courtland Parks, who has similarly undergone a personality transformation from the somber, resigned man of the earlier stories to a gregarious New York socialite. Parks is now less a secretary than a general assistant and legman; something of a cross between Dr. Watson and a prototype of Nero Wolfe’s Archie Goodwin. One more Sherlockian parallel can be found in the story “The Intriguer,” which chronicles how all of Mason’s careful plotting was completely undone by a clever and strong-willed woman—shades of Irene Adler!

After Corrector of Destinies, Post abandoned Mason altogether and concentrated instead on his Uncle Abner series for the Saturday Evening Post and a separate series featuring Sir Henry Marquis, “the sleuth of St. James Square.” But the Mystery Man of New York remains a truly fascinating, if rather frightening, character, and even though Post’s stories have long been out of print, any reader of today who is seeking a rare and unconventional peek into the darker side of the human psyche, circa 1900, would be well served by finding a copy of the strange adventures of Randolph Mason.