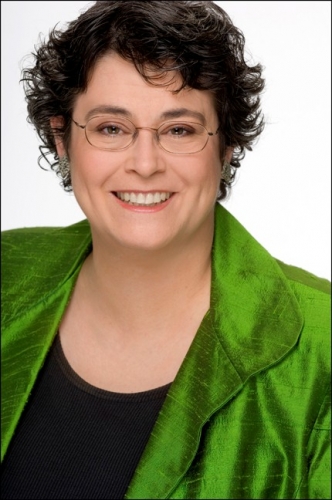 This is a big week for mystery fiction lovers.

The Edgar Symposium begins Wednesday, April 27, at the Lighthouse International in New York City. Many top-notch authors and publishers will be there discussing the genre and its future. I'll be conducting the interview with Grand Master Sara Paretsky.

The 65th annual Edgar Awards banquet will be Thursday, April 28, at the Grand Hyatt in New York City. All the nominees are worthy.

And on Friday, April 29, the Los Angeles Times Book Prize will be awarded. I am delighted to say I was one of the judges for the mystery-thriller category.

Again, all the nominees are worthy.

And this also is the week that Malice Domestic begins on Friday, April 29, through May 1 at the Hyatt Regency in Bethesda, MD. This year, Sue Grafton will receive the Lifetime Achievement; Donna Andrews, at left, is the Toastmaster and Carole Nelson Douglas is the Guest of Honor.

This is the 23rd year for Malice, which celebrates the traditional mystery.

In general, I believe that mystery fiction mirrors our society. These are novels that refect who we are, the struggles we have and how we deal with crime and punishment.

The traditional mystery especially does this. These novels often are about relationships and family issues. The best evidence of this are the nominees for the Agatha Awards. (Again, all the nominees are worthy.)

And also take a look at those who got the nod for Best First Novel: The Long Quiche Goodbye by Avery Aames (Berkley); Murder at the PTA by Laura Alden (Obsidian); Maid of Murder by Amanda Flower (Five Star/Gale); Full Mortality by Sasscer Hill (Wildside Press); Diamonds for the Dead by Alan Orloff (Midnight Ink).

In Nancy Pickard's The Scent of Rain and Lightning, a decades-old murder forces a community to deal with consequences.

A subplot of Alan Orloff's Diamonds for the Dead concerns his main character's feelings about his Jewish background and grief over his father's death and the time they wasted being mad at each other.

Each of these deals with how we live our lives.

The amateur sleuth subgenre has given us a view into a host of occupations such as cooks, bookstore owners, minimum wage employees and innkeepers. These novels give us a glimpse into worlds many of us will never know about. While these novels often are light, precise plotting, appealing characters and crisp dialogue keep them from being lightweight.

So here's a toast to the traditional mystery and fond wishes for a wonderful Malice Domestic.