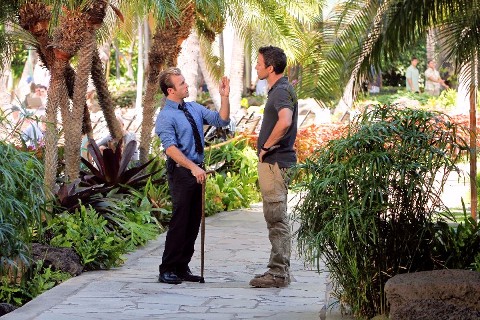 When Miami Vice aired during the 1980s, it was more than a crime drama. It was a showcase for South Florida, which, at the time, was changing from a mecca for retirees to a vibrant area attractive to European models, fashionistas and, unforuntately, criminals.
Who doesn't remember that opening of Miami Vice with the brilliant water, the beautiful people, the tree growing in the middle of a condo?
Hawaii Five-0 does the same for Hawaii. The opening scenes of this new show, which airs at 9 p.m. CST, 10 p.m. EST Mondays on CBS, shows a breathtakingly beautiful area that has everyone wanting to book their next flight.
Hawaii Five-0 is doing fairly well, according to the Nielsen ratings. At this point, it is the only new show to land in the Nielsen's top 20. And it has been renewed for a second season.
The series stars Scott Caan as Danny "Danno" Williams, left, and Alex O'Loughlin as Steve McGarrett, right.
So does the TV series accurately depict Hawaii? Does it capture the islands' unique atmosphere? 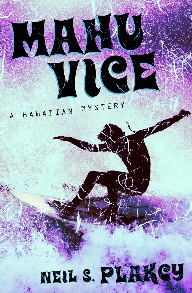 To find out, Mystery Scene asked mystery authors who write about the area or who live there. I wish I could take credit for the idea, but it came from South Florida author Neil Plakcy. Here's just a few comments. Others will come later.
Neil Plakcy, author of the Mahu series, set in Hawaii. Lives in Hollywood, Fla.: I really like the new Hawaii Five-0, with a couple of reservations. First, the pluses.

Hawaii looks vibrant and exciting, and I love the homage they've paid to the original series, from retaining the character names to the the "book 'im Danno" to the theme music. It's interesting that they've switched the relationship from Steve and Danny from mentor/mentee to "bromance," in keeping with current trends.

I'd like to see more Hawaiian music (a personal love of mine) and I'm irritated by the choice of Daniel Dae Kim to play Chin Ho, because he looks so Korean rather than Chinese, and because he seems to have such a narrow acting range. I was impressed by the local knowledge represented by the prejudice against haoles that came up in a couple of situations.

The first plot was a bit hackneyed, though I thought the immigrant smuggling subplot (which I used myself in Mahu Vice) was a good note. Sadly, though, the later plots have been getting more and more unrealistic, at least in my opinion.

I wish the governor had said "out of my islands" instead of "off my island," though, to indicate that Hawaii is more than just Oahu. I hope the task force will visit the other islands.
Annette Kamalei Mahon, author of Holiday Dreams, part of a Hawaiian romance series. She is third generation Hawaiian of Portuguese/Australian extraction, now lives in Arizona: The opening credits, which seemed to be a montage of old and new, was very nice. Love that they kept the distinctive theme. I wasn't sure about the Steve/Danny interaction at first, but by the end I liked it a lot. Good push and pull there. Personally, I thought the "Danno" origination thing was lame. (I read that the actor hates having to end each show with "Book 'em Danno" but he's stuck with it.)

Having the governor be a haole woman was a nice touch, but maybe just for islanders. My husband didn't know that the current governor is a haole woman from Maui. Interesting that they used the island resentment of haoles as a sub-theme. Being Portuguese myself, I've never considered myself "haole" though my husband does. He's asked around and most people exclude the Portuguese from that designation, though not everyone.

The plot of the first episode seemed a bit thin, and I'm not big on terrorist stories. I'd prefer tales about common criminals. The human smuggling was good, as
that is a big problem and not just in Hawai`i.

Having grown up in the islands, with two sisters who inherited the coloring from the Aussie side of the family, I know that haole prejudice is a real thing. I never encountered any because everyone thinks I'm Hawaiian with my Mediterrean skin color and frizzy hair. My husband has also noticed this prejudice during our visits; he is 6'4" and pale skinned with blue eyes. He thinks his reception among the locals is similar to his experience in Japan (on a business trip). I was just surprised that it was used as a plot devise because it is not a tourist friendly kind of thing.
Debby Atkinson, author of Pleasing the Dead, has lived in Honolulu for more than 30 years: [The series has] some good stuff, but my overall impression is that there's work to be done. We do have a haole woman governor right now, and both my 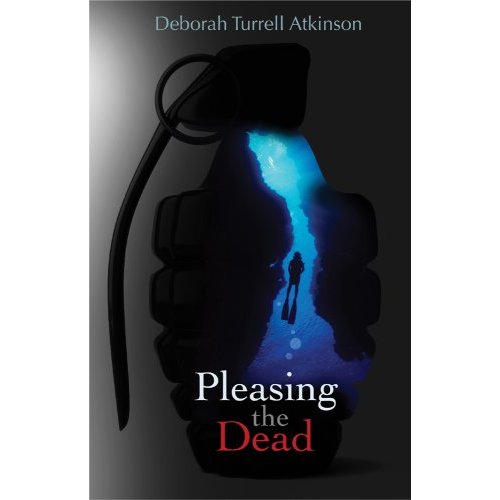 husband and I reacted to her statement about "my island." Gov. Linda Lingle is pretty savvy about race and inclusiveness and I'm sure she would say "out of OUR islands."
Plural islands, too.
We thought the pidgin was lame to the point of being cringe-inducing. People speak pidgin all the time here, but the writers seemed to be trying to work in pidgin-sounding words no matter what the words meant or the characters said. For example, one character called another a manini. That word is an adjective and means small. Perhaps the writers meant malihini (newcomer), but even that was a stretch under the circumstances.
Another thing that bothered us was the aggression portrayed by the characters. I love thrillers, but fictional people still need to act true to form (and their region), don't they? Our whole family surfs, and though there are some breaks on the north shore that are competitive, usually surfing is pretty mellow -- especially the kind of waves where the Grace Park character was shown. Granted, dropping in on someone is bad manners, but it sometimes happens because it's often difficult to see what's behind you when you're out there and a big wave is roaring toward you. I've never seen anyone slug someone for it. Hope I never do!
Annette makes a good point about Iolani Palace. Yes, it has been extensively restored, and it's a museum. I must have turned on the TV late (typically). I missed that detail and Annette is right -- I can't see any law enforcement offices being placed at Iolani Palace, it just isn't realistic.
As to the haole thing, I've felt some prejudice, but either I'm numb and have my head in the sand or I've been around so long I snort at the ignorance and turn away. I thought 5-0 not only overdid it, it wasn't realistic. It's more subtle when it happens.
I hope the writers listen to locals' suggestions. The show can be a better and more realistic portrayal of Hawaii without losing its thrilling edge. Bad people are
scary and dangerous wherever they are.
Mystery Scene will continue this look at Hawaii Five-0 by authors in another blog.
hawaii-five-0-sets-the-scene
1727