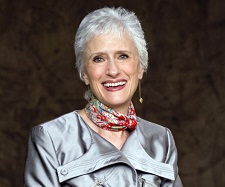 Sometime this week, the Mystery Writers of America will announce the nominees for its annual Edgar Awards, which, anyone who follows the genre knows are the Oscars of the mystery world.
But a couple of months ago, it was announced that Sara Paretsky has been named the 2011 Grand Master, a wonderful addition MWA's long list of worthy Grand Masters.

According to the MWA release, the "Grand Master Award represents the pinnacle of achievement in mystery writing and was established to acknowledge important contributions to this genre, as well as a body of work that is both significant and of consistent high quality."

I would agree with that.
Paretsky revolutionalized the mystery world in 1982 when she introduced detective V.I. Warshawski in Indemnity Only. A woman private detective? It seemed like heresy when, during the span of two years, Paretsky, Sue Grafton and Marica Mueller all brought in strong women detectives.

V.I. Warshawski, like the other women detectives used her wits and she challenged a genre in which women typically were either vamps or victims. 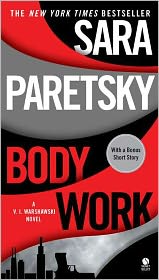 The rest is history. Or in the case of Paretsky, 16 novels, several short story anthologies and a book of essays. Her latest novel is Body Work.

Paretsky and the other mystery writers opened the door to mysteries as we know them today -- a divserse genre full of diverse detectives from different ethic and sexual backgrounds, myriad regions and foreign countries. I doubt we would have gay detectives today if Paretsky and crew hadn't shown readers that fighting for justice isn't just for white men.
I would say she also helped usher in the regional mystery. Her view of Chicago was spot-on. I was talking with my brother-in-law, Thomas, just last night about Paretsky. He and his wife, Lee, lived in Chicago and he also believed that Paretsky nailed the city. One of my closest friends, Toni, lives in Chicago and it's a city I love. Paretsky's novels are mini travelogues of The Windy City.
By the way, Paretsky was profiled in Mystery Scene, Holiday Issue 2009, No. 112.

I started reading mysteries when I was about 9 years old but there was a time when the genre wasn't speaking to me. Sara, Sue and Marcia are among the reasons I came back to mystieres and why I love the genre and why I began reviewing mysteries.
So next time I slam someone's novel, you can blame them.
I had the pleasure of having Sara on a panel during the most recent Bouchercon in San Francisco. It was unclear up until the moment she walked into the room if Sara would make it. She had an event that morning in Idaho and, well, you know how lovely and reliable airline travel is.
At the last minute she was able to make it and she added so much to the panel.

Sara Paretsky will receive her award at The Edgar Awards Banquet, which will be held at the Grand Hyatt Hotel in New York City on Thursday, April 28.

As soon as the nominees for this year's Edgars are announced, we'll post them, too.