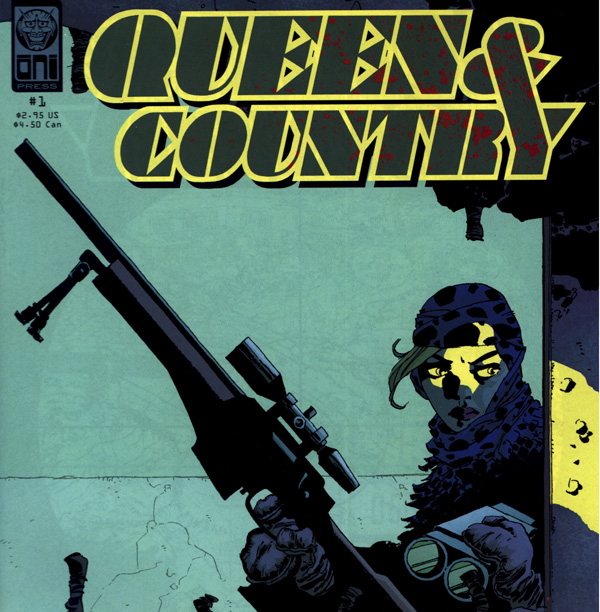 The American comic book industry is primarily known for its superheroes, colorful defenders of justice gifted with exotic powers. But in recent years, a small group of talented writers has broken new ground in one particular area: crime comics.

Crime and mystery fiction have always been represented in the comics. In the ’50s, some of the most extreme (and best) titles in the controversial EC Comics line fell into that category; more recently, Mickey Spillane contributed title and concepts to TeknoComix’s Mike Danger series, and Max Allan Collins has written both the Dick Tracy comic strip and the graphic novel The Road to Perdition, which spawned the recent hit film. And long-running comics characters like Batman and Daredevil have firm roots in the crime pulps of earlier decades.

But the comics medium is often considered a ghetto for kid’s stories, and “pure” crime tales have always been thin on the ground—until now. Over the past decade, six major crime series have made their mark, all, oddly, from different publishers. (Be warned: These are not comics for kids—many of them feature harsh language, violence, and nudity.) 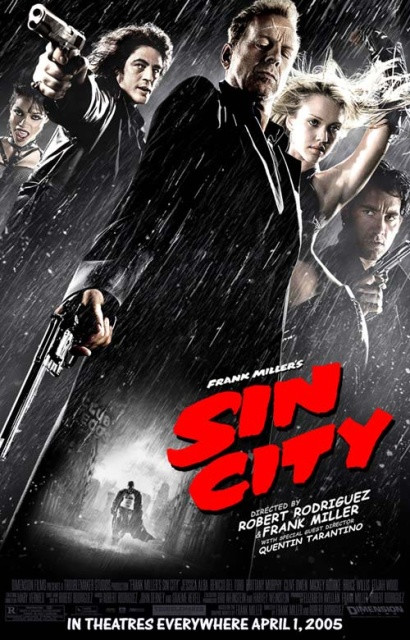 Sin City: “Nothing but that cold thing in my gut getting colder”

Frank Miller is one of the best-known and best-regarded creative people in the comic book field. He first made his name as writer/artist of an acclaimed run in Marvel’s Daredevil comic, then moved on to the graphic novel Ronin at DC Comics. But it was his grim, futuristic reimagining of Batman, The Dark Knight Returns, that made him a genuine pop culture superstar.

Miller has produced seven trade paperback volumes—most of which were previously published as individual comics—but the best Sin City remains the first. In it, a violent bruiser called Marv finds himself at the center of a scam when the beautiful woman he’s miraculously picked up turns up dead in the morning. Marv’s not the smartest guy in the world, but he knows enough to know when he’s being set up—and he doesn’t like it.

The artwork is half the show here; Miller renders the proceedings in a moody, noirish style, heavy on shadows and silhouettes and influenced by the slow, cinematic pacing of many Japanese comics. At times, Sin City falls into the kind of sexism that characterized too much of the ’50s hardboiled crime genre. But it’s always a stylish, fluid, fun read, and clearly the work of a top comics creator doing what he loves best. 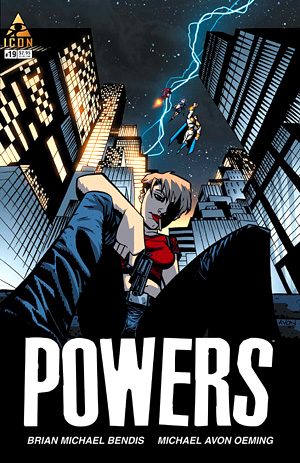 Brian Michael Bendis’ career route has been almost directly the opposite of Miller’s: He toiled away for years in comics’ small presses, honing a heavily film-influenced storytelling style, before moving on to Marvel Comics, where he currently writes Daredevil, Ultimate Spider-Man, and Alias (see below). But he hasn’t forgotten his indy-comics roots, and the ongoing series Powers (Image Comics) proves it.

Set in its own world of comic-book superheroes, Powers follows the exploits of Christian Walker and Deena Pilgrim, two homicide detectives specializing in cases involving “powers,” as the superheroes are popularly known. Complicating matters is Walker’s own past as a “power,” a part of his life he generally refuses to discuss.

Powers is structured as a police procedural, and largely driven by Bendis’s dialogue, which is both cinematic and unusually naturalistic for comics. Artist Michael Avon Oeming renders the proceedings in a very exaggerated style, heavily influenced by both pop art and animated cartoons. This quirky mixture accentuates the emotional reactions of the characters, and is particularly

effective in the climactic scenes, which often involve spectacular, pyrotechnic displays of superhuman power—in sharp contrast to the quiet, Chandleresque dialogue/character scenes that move the rest of the story along.

Much of Powers’ charm lies in the buddy-cop dynamic of the two central characters. Recently, Bendis has split them up, after Walker’s deliberately self-destructive exit from the police force. It’ll be interesting to see where Powers goes from here. 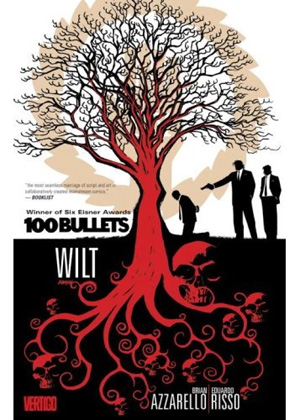 The basic premise of 100 Bullets (DC Comics/Vertigo) is both simple and elegant: At the start of each story, the mysterious Agent Graves appears to someone who’s been wronged, handing him or her a gun, a hundred untraceable bullets, and full immunity from any illegal activity. The individual tales then follow the various characters as they take their revenge, decide against it, or come to their own untimely ends.

But Graves has his own reasons for giving out second chances, and over the past three years, writer Brian Azzarello has created a complex, slowly unfolding saga of worldwide conspiracies and hidden agendas. He’s also effectively fused the classic hard-boiled crime story with modern hip-hop settings and language, mixing young black and hispanic criminals with their older, Caucasian counterparts.

Eduardo Risso’s art is a smoky, atmospheric blend of European graphic album styles, with just a hint of some of the great Mad Magazine caricaturists like Angelo Torres & Jack Davis. Risso moves effortlessly from urban slums to strip clubs to hot tropical settings, never missing a beat. Brian Azzarello has become a hot comics writer in recent years, breathing new life into such series as DC/Vertigo’s Hellblazer and Marvel/Max’s Cage. But 100 Bullets remains his baby, and its ongoing storyline continues to gather characters and steam.