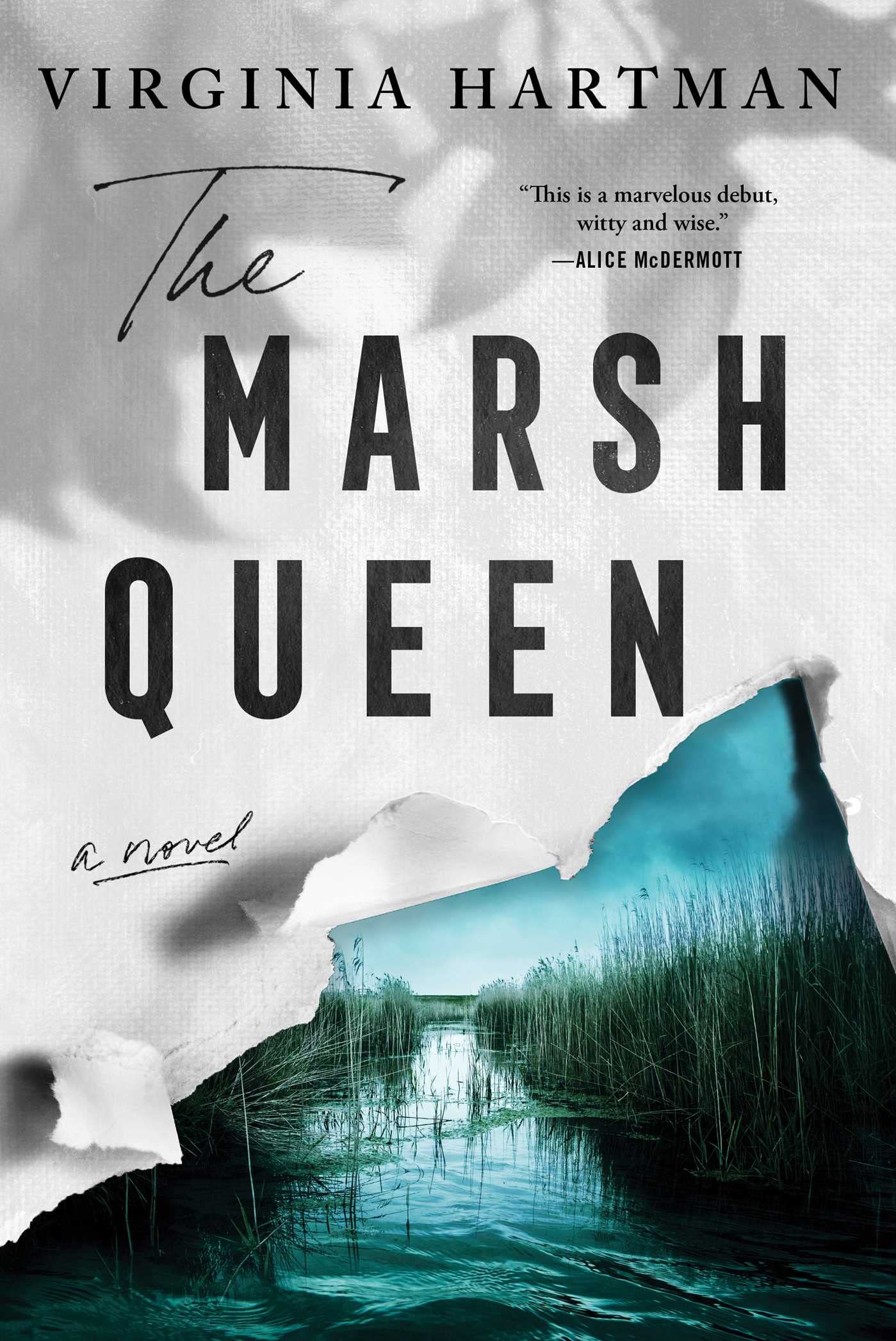 Virginia Hartman’s debut novel, The Marsh Queen, introduces the capable Loni Murrow. Loni is a bird artist for the Smithsonian in Washington, DC, and the last thing she wants is to go back to her childhood home in Florida’s panhandle. The little town of Tenetkee holds memories of her father’s early death and her “difficult” mother, but when her brother, Phil, calls and asks Loni to come home and help with their mother, who has recently broken her wrist in a fall and is suffering with dementia, Loni leaves her her well-ordered and somewhat reclusive lifestyle to return.

When Loni arrives in Tenetkee, she finds her mother in an assisted living facility and Phil, along with his aggressive and unlikable wife, preparing to sell the family home. Loni thinks both decisions are premature, but her apprehensions are soon superseded by a mystery set in motion by a note she finds written to her mother: “There are some things I have to tell you about Boyd’s death.”

Boyd, Loni’s father, drowned when she was 12. His death was officially ruled an accident, but at the time there were rumors it was suicide. Loni, doing her best to get along with Phil and her mother, sets out to find the woman who wrote the note and discover what actually happened to her dad.

The Marsh Queen is a richly textured and atmospheric mystery. Hartman’s loving descriptions of nature and her vivid portrayal of how our personal history, personified by Loni’s, can bend and sometimes break us, work to enhance the narrative. The story meanders away from the plot a few times, but the engaging prose, the likable Loni, and the compelling mystery bring it back without much trouble or notice. The Marsh Queen is a strong debut, certain to bring most readers back for Hartman’s next book.