Books
Trail of the Fallen 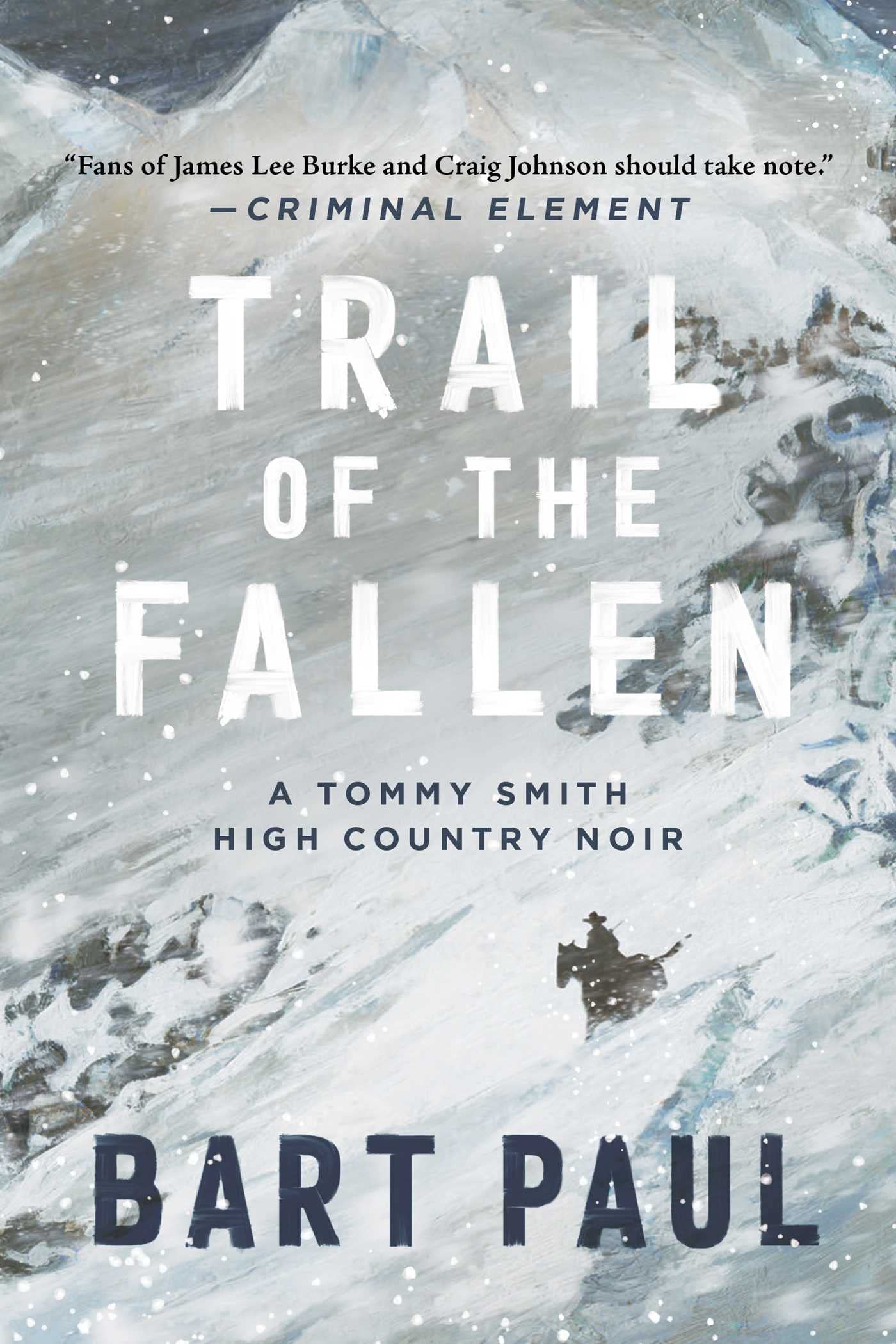 Bart Paul’s fourth Tommy Smith mystery, Trail of the Fallen, finds Tommy and his wife Sarah, a deputy sheriff, raising their rambunctious and foul-mouthed preteen foster daughter, Audie, and their newborn infant in rural Fremont County on the eastern-side of California’s Sierra Nevada. Tommy, a former Army sniper, suffers from PTSD from his combat experiences in Afghanistan. Winter is coming and Tommy’s nightmares are getting worse when his shared past with Sarah threatens to overtake them. Sarah’s first husband, Kip, has organized a breakout from Folsom Prison and the U.S. Marshals believe the escaped convicts are headed towards a stash of military grade sniper rifles that were stolen from a Marine base.

Tommy and Sarah believe Kip—a psychopath and a cold-blooded killer—is coming to their side of the Sierra Nevada mountains to exact payback for when Tommy shot him. The authorities are skeptical that Kip would risk being captured for a personal grudge, but as the convicts continue to evade capture and the search area expands, Tommy and Sarah find themselves in the middle of a violent showdown.

Trail of the Fallen is below the standard of Paul’s previous Tommy Smith adventures, but it is still a highly charged and entertaining read. Tommy’s PTSD—the nightmares and paranoia—are well-drawn, as are Sarah and Audie. The narrative is literate with an easy style. Vivid descriptions of the harsh Sierra Nevada winter give it substance and atmosphere.

The story develops slowly. With a repetitive flair, Tommy provides the same details to at least three different law enforcement officers, and a couple scenes, which could have been exciting, are played-out on television with Tommy watching. But once Trail of the Fallen hits its stride, hold on because you’re in for a terrific ride.