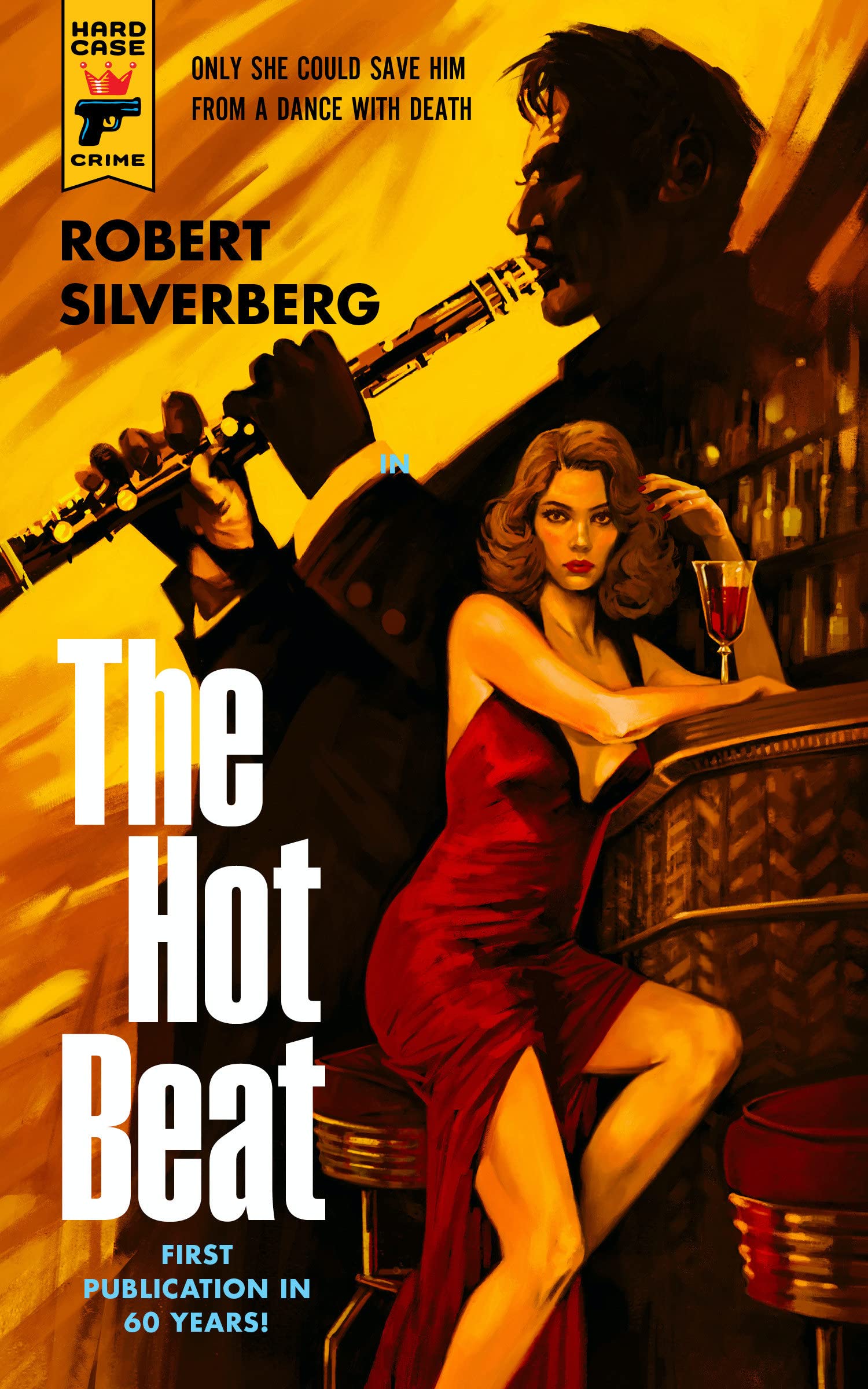 Written and first published circa 1960, Robert Silverberg’s The Hot Beat tells the story of Bob McKay, once an up-and-coming musician, now down on his luck, and flirting with alcoholism and self-destruction. His luck goes from bad to worse when he is accused of murdering a B-girl by the police, despite having built a very flimsy case against him. Fortunately, he does have people who believe in him, including his former lover, and an intrepid investigative reporter, who try to find the truth before McKay ends up on death row.

Reflecting its author’s germinal skill set at the time, this book is more interesting as an artifact of his career than as a thriller, per se. But, it’s a fascinating artifact, a true product of its time: You can feel Silverberg working the tropes, inserting lascivious, suggestive language, stretching and padding each and every sentence to their utter limits. After all, when you were getting paid by the word, you threw in everything but the proverbial kitchen sink.