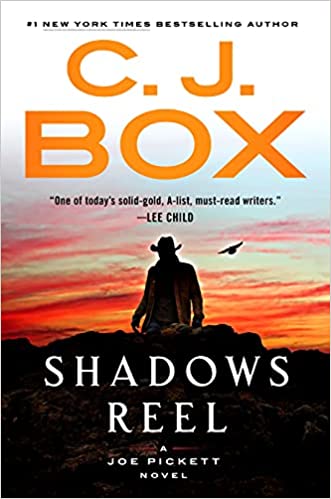 It’s a few days before Thanksgiving and Joe and Marybeth Pickett are awaiting the arrival of their three daughters for the holiday. But both soon have more than a turkey dinner to deal with.

Joe is called out to check on a report of moose poaching, but his investigation takes a much darker turn when the body isn’t that of an animal, but rather the tortured and burned body of a local fishing guide. Meanwhile, Marybeth finds a mysterious package left on the doorsteps of the library where she works as the director. When she opens it, she is confronted with a horrific photo album dating back to Nazi Germany. Who left the album and why?

As Marybeth and Joe pursue answers to their individual quests, it quickly becomes apparent that the body and the album are tied together. When another murder victim is discovered, the Picketts are left to wonder what is so important about the album that someone will stop at nothing to get their hands on it—and how do they protect their family from being harmed?

Box also continues a plot introduced in last year’s Dark Sky involving his other series lead, falconer Nate Romanowski, whose birds were stolen and his wife attacked. In Shadows Reel Nate is hunting the man responsible through a number of states to get his birds back and exact revenge.

C.J. Box introduces new character Geronimo Jones, a fellow falconer whose assistance Nate picks up along the way. The duo discover there’s far more to the thief’s plan than simply selling stolen birds and together they face down a killer with a skill set equal to Nate’s. I thought Geronimo Jones made for a great addition to the story and I hope to see more of him in the future.

The narrative pacing to Shadows Reel felt quite different to me than the previous two books in the series (Dark Sky and Long Range). While those books were adrenaline-fueled chase and survival tales, things moved a little slower here, but in a good way. There’s plenty of dramatic suspense and action, but Box lets things simmer and develop a bit longer than usual, giving readers a chance to breathe before sucking them back into confrontations that leave the Picketts and Nate in harm’s way once more.

And while I won’t spoil it here, there’s a growing but subtly written development in Shadows Reel. It could make for challenging times for the Picketts ahead. Shadows Reel is another superbly crafted tale.