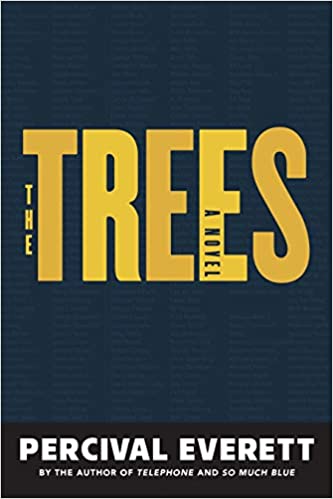 At once mordantly funny and intensely affective, Percival Everett’s The Trees spotlights America’s long history of institutional racism and violence against people of color. Set in Money, Mississippi, the book opens with Daisy Milam finding her husband, Ku Klux Klan member Junior Junior, dead in the bathroom. Near Junior Junior’s mutilated form lies the corpse of an unknown Black man, which disappears from the morgue before the coroner can perform an autopsy.

Ed and Jim soon learn that the dead white men’s fathers, J.M. Milam and Roy Bryant, lynched 14-year-old Emmett Till in 1955, and that the dead Black man looks just like young Emmett. The MBI detectives assume the killings are isolated acts of vengeance—until similar crimes start happening all over the country.

Evocative prose, surreal imagery, and vibrant characters elevate Everett’s mystery, which intrigues while calling out the systematic erasure of the 7,000-plus Black and Asian people who have been lynched in the United States (a total that includes those killed by police). The pace motors, the snappy dialogue offers moments of laugh-out-loud humor, and though the cryptic conclusion is short on answers, it certainly inspires readers to ask the right questions.