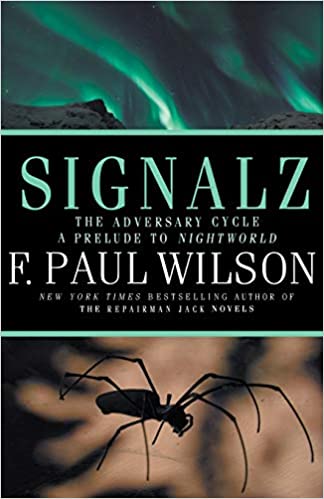 F. Paul Wilson adds to his “Secret History of the World” in Signalz. Billed as a prelude to Nightworld, the last book in his famed Adversary Cycle, it tells the stories of several individuals whose lives change dramatically on the eve of the apocalypse. Sporting ties to large parts of Wilson’s impressive canon, the book should appeal to fans of his three-volume ICE Sequence, and his superlative multivolume series featuring the lethal and quick-witted urban adventurer known as Repairman Jack.