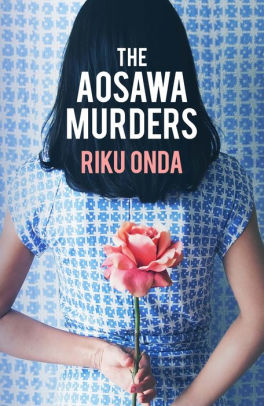 Riku Onda’s The Aosawa Murders is one of the best books in any genre I’ve read all year. Set in a fictional Japanese city, it follows the aftermath of a mass poisoning that totaled 17 deaths, nearly wiping out the entire Aosawa family. The police believe they have their killer when a young deliveryman commits suicide, leaving behind a mysterious note that appears to confess to the slaying. The note does not, however, reveal his motive. Eleven years later, Makiko Saiga, who had been one of the children who discovered the bodies of the slain Aosawas, has written The Forgotten Festival. She has always believed that her friends and playmates were killed by someone else, not the deliveryman, and her book is her attempt to bring about true justice. When The Forgotten Festival becomes a bestseller, people who had known the wealthy Aosawas (the physician father ran a medical clinic attached to the residence), start opening up to the young author, sharing their memories of that horrifying day. Among them is beautiful and blind Hisako, the sole Aosawa to survive the massacre. To a certain extent, Makiko suspects Hisako, but can’t figure out how the blind girl could have pulled off such a horrendous crime unaided. And besides, Hisako seems eager enough to tell of her own memories of the event, and they are heart-wrenching.

There are many different voices in this extraordinary book. There are Makiko’s and her brother Junji’s recollections, both as children and later as adults; the voice of Detective Teru, who has his own doubts about the deliveryman’s guilt; the tobacconist, who believes a woman had to have been behind the crime; and even the daughter of the housekeeper who was originally blamed for the deaths. In the end, everyone has a theory, but which theory comes closest to the truth? At one point, the frustrated Makiko muses, “Truth is nothing more than a subject seen from a certain perspective.” In other words, “truth” is entirely subjective. But there are 17 dead Aosawas, and death is not simply a perspective—it is real. The Aosawa Murders won the Mystery Writers of Japan Award for Fiction, and was hailed as a masterpiece. I agree. Although there are many different characters in this book, and it slides from voice to voice, from the murky past to the vivid present, from the fog-draped countryside to the crowded city, there is an organic whole here which is breathtaking. Author Onda’s masterpiece is so filled with observations on the human condition that smitten readers might be tempted to tear out and frame certain pages—or at least copy them down. My favorite was “There are two different kinds of people in this world, I believe, those who frequent bookshops and those who do not.”