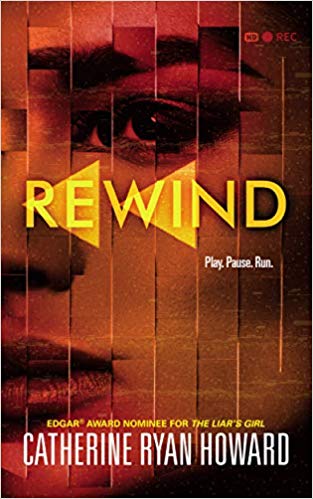 Edgar Award nominee (for 2018's The Liar's Girl) Catherine Ryan Howard strays into Memento and Pulp Fiction territory in her third novel, Rewind, which opens spectacularly with a brutal knifing, then proceeds to fill in the background details surrounding that slaying. Readers get their information from several perspectives, including those of the victim, an audacious investigative reporter, and a creepy hotel manager with a penchant for secretly filming his guests. Along the way, Howard seeds her compelling narrative with tantalizing bits of information that eventually accumulate and converge, leading to a surprising and satisfying dénouement.

Rewind is an intricate, carefully crafted book with many moving parts, all of which Howard manages with enviable skill. Her characters all come to seem like people in real life, convincing in their actions and their motivations. The real power of the novel, however, lies in its underlying obsession with causation and destiny. You'll find yourself reflecting on fate, and chance, and the so-called "butterfly effect" of seemingly insignificant events and random actions that ultimately lead to murder and the personal upheaval that eventually ensues.

MysteryScene Speaking of offbeat Florida, @Carl_Hiaasen will have you laughing and wincing with plenty of Palm Beach hijinks in… https://t.co/BNNekfuKXf
Oct 16 • reply • retweet • favorite