Signal Loss, the seventh in Australian author Garry Disher’s series of character-driven procedurals featuring the taciturn and solitary Inspector Hal Challis makes its way to American shelves this December. The series has been called “excellent” by the New York Times Book Review and “moody, inventive, and extremely hard to put down,” by Booklist. The gritty cop novels set on Australia’s Mornington Peninsula have been compared favorably to other procedural series by Ian Rankin, Michael Connelly, and Peter Robinson.

But if you haven’t heard of Disher, you’re not alone. While the prolific writer has written more than 50 books over the past four decades, including fiction, young adult, children’s, history, and short story anthologies, as well as created the characters for an Australian series of two-hour made-for-television movies with a “cheeky-grin cop” named Cody, he remains relatively underappreciated in the United States. However, the author has engendered a cult-like following from crime readers around the world who have discovered Disher’s Inspector Hal Challis series and the heists of the author’s most popular character, the antihero professional thief Wyatt, who thus far has appeared in eight books. 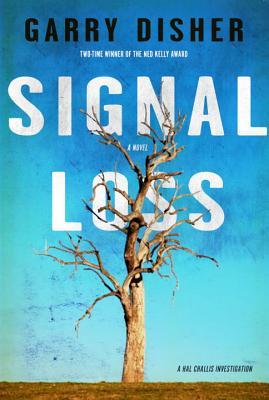 In his most recent novel, Signal Loss, part of the Hal Challis series, a methamphetamine epidemic is sweeping across Australia’s Mornington Peninsula, which Disher describes as “a comma of land hooking into the sea southeast of Melbourne.” It’s a mostly rural setting within the shadow of its big-city neighbor, and a place where poverty and wealth exist side-by-side. It’s also a tourist destination known for its beaches, wineries, and coastal towns; a landscape that is sparsely populated and beautiful.

Inspector Challis heads the Peninsula East’s Crime Investigation Unit headquartered in the small city of Waterloo. The drug epidemic has impacted the poorer housing projects especially hard, and the mixture of poverty and addiction have increased crime and stretched the police’s limited resources to its breaking point. The socioeconomic tension between rich and poor is a vein Disher adroitly mines throughout the Challis novels. In Kittyhawk Down and Snapshot themes of racism and immigration are personified with a for-profit detention centre that is more prison than temporary housing facility. Chain of Evidence examines, through a pedophile ring and an organized burglary gang, how the law is applied differently to those with means than it is for those without.

“The Mornington Peninsula of my novels is a real place,” said Disher, who lives on the peninsula himself. “[We have] extremes of rich and poor. The poverty can lead to crime, which can lead to problems for an under-resourced police force.” These are real world challenges that are fertile for fictional exploration. “I can’t escape writing about these things,” said Disher. Strong characters are a hallmark of Disher’s novels, and in addition to the lonely and solitary Challis, who lives in a secluded part of The Peninsula, where he refurbishes an old Dragon Rapide airplane in his off time, the series includes his professional and romantic partner Sergeant Ellen Destry, a divorcée wrestling with guilt over for her shortcomings as a mother. Pam Murphy, a young and competent constable, who has a turbulent and often unsettling personal life, Constable John Tankard, a big, insecure brute with sexist attitudes, and Scobie Sutton, a soft-hearted and vulnerable detective constable, round out Challis’ team. All of them have developed and grown from book to book in organic ways.

“It became apparent to me as the series progressed that this was not a static world, and I needed to keep the characters and situations fresh or I would tire of them,” said Disher. “Each of the characters have become more ‘real’ to me. I see greater depths to them, and hidden reasons for some of their character traits.”

While Challis is the series’ leading character, Destry has evolved to hold equal weight in the books. Indeed, Disher writes particularly vibrant female characters, with alluring strengths, and a willingness to tackle a male-dominated world, but balanced by very real human weaknesses, both personal and professional. Destry, for example, has an odd proclivity for sticky fingers when a stray dollar is at a crime scene, a quirk that is as surprising as it is embarrassing. Disher admits that he finds Ellen Destry and Pam Murphy more interesting than his male characters. He’s quick to add that he finds Hal the least interesting of all, since “there’s a little of me in Challis.”

Disher, who lived in the United States while attending Stanford University on a creative writing Stegner Fellowship in the 1978-1979 academic year, admits to an affinity for American crime television, both good and bad. Challis often teases the coroner in the books, Freya Berg, with the lines “What have we got?” and “Keep me posted,” which is Disher’s play on the American forensic-centered television crime shows where crime scene investigators carry guns, make arrests, and perform complicated scientific tests in seconds. 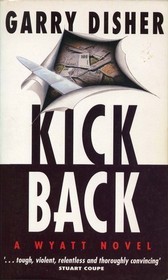 Disher’s most well-known creation, however, isn’t Challis or Destry, but the Melbourne criminal Wyatt, the protagonist of Disher’s first six published crime novels, beginning with Kickback in 1991. Wyatt is stark and brutal, without humor, and very much a villain. Challis, in contrast, is a flawed, unassuming police inspector who skillfully fills the role of literary hero. Disher said, “After six Wyatts in quick succession, each one following a set pattern—Wyatt identifies a target to rob, Wyatt is betrayed, Wyatt wins in the end—it was stimulating to think and write in a different way with the police procedurals, which—although easy to read—are more complex in structure, with several strands being followed.” He continued, “I could become stale with the Challis and Destry novels, too, but have avoided that by letting the characters grow and change over the series.”

Australia’s expansive landscape—exotic to most American readers, but deeply intimate to the author—is central to Disher’s books, as this elegant example from Disher’s latest Wyatt novel, The Heat (2016), illustrates so well:

Down to the Nepean Highway where, hanging gingerly above the toxins, there was the faint briny odour of the sea. The motel was one block back from the beach, faded-looking. Ground down by years of sunlight and salt.

“I can’t write a scene—a room, the open air, anywhere—until I can see it in my mind,” said Disher. “I need to be able to see, smell, taste, touch, hear.” 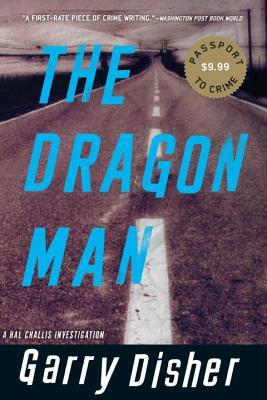 This relationship to landscape may come from Disher’s childhood spent on a small wheat and wool farm in the mid-north of South Australia, where the natural world would have been a constant and very visible companion. And though he has studied in the United States, as well as Melbourne, Australia, where he completed a Masters in Australian History at Monash University, and has been writer-in-residence at the University of Northumbria in the United Kingdom, the State Library of Queensland, and the Tasmanian Writers’ Union, Disher prefers to work and live in rural Australia, where he scratches out in longhand one new novel a year. “[I write with] blue pen on the backs of old manuscript drafts,” admitted Disher, because “the magic would leak away [with] black pen.” Disher writes in the mornings six days a week from about 8 am to 12:30 pm. “Some mornings I’ll write a paragraph, other mornings a few pages.” And though Disher is adept across multiple genres, he said he enjoys writing crime fiction for “the sense of teasing the reader through the use of delaying tactics, sudden reversals, a sense of buried secrets, doubtful or partial outcomes and carefully placed turning points.” He also tends to play against reader expectations and stereotypes.

It’s a skill that has garnered the author two Crime Writers Association of Australia Ned Kelly awards for best crime novel (Chain of Evidence in 2007, and Wyatt in 2010), as well as three German crime fiction awards, the Deutscher Krimi Preis, the oldest and most prestigious German prize for crime fiction (Kickback in 2000, The Dragon Man in 2002, and Bitter Wash Road in 2016).

“The Disher canon is a blend of masterful procedural, biting black comedy, keen insight into human nature, and crime that feels real and dangerous,” said Mark Doten, Disher’s editor at Soho Press, the US publisher responsible for bringing three of Disher’s Wyatt novels and all seven Challis books to American readers. “There’s a tremendous authority to his writing—you know from page one that you’re in the hands of a master.”

In the third Challis novel, Snapshot, Disher writes, “In Challis’s experience, very few criminals returned to the scene of the crime…. But police officers often did…”

And readers, just like police officers returning to the scene of the crime, will return to the Inspector Hal Challis police procedural novels again and again. It’s a rich series for which Disher said he has “ideas for another dozen.” But for now, he is writing a sequel to his well-received 2014 crime novel, Bitter Wash Road (originally published in the US as Hell to Pay). And then, assured Disher, he will write “another Wyatt, then another Challis,” making the promise of more Australian crime linger in this American’s mind.

Garry Disher is one of Australia’s best-known authors. His crime novels have been published in the USA, England, Germany, Holland, Denmark, Italy, Spain and Hungary. Chain of Evidence and Wyatt won crime novel of the year awards in Australia, and Disher has won the Deutsche Krimi Preis three times, appeared on bestseller lists, and been a guest of the Munich and Cologne writers’ festivals. Disher lives on the Mornington Peninsula, southeast of Melbourne.