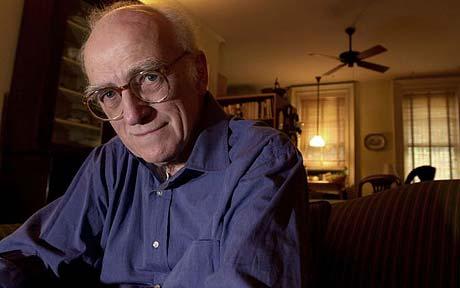 In 1962, as Richard Stark, a pen name he’d employed in several previous short stories, Donald Westlake created arguably his most popular character, the mononymous Parker, a hardened, yet somehow honorable, professional thief with the worst luck in fictional heist history. In every one of his 24 novels, including nearly that many expertly planned robberies, something goes drastically wrong, usually because of the avarice of one or more of his crew. The fun comes from the brainpower and brawn he uses to improve his situations. The series seemed to have come to a halt with 1974’s Plunder Squad, but, after laying low for 23 years, the master thief reemerged in the properly-titled Comeback (1997), remaining active until just before his creator’s death in 2008. Westlake penned Parker’s debut novel, The Hunter (aka Point Blank and Payback, due to film adaptations), as a paperback one-off, but his editor thought the character had longer legs. Those legs have carried him from softcover to hard, and from paper to audio, film, and even graphic novel formats.

Nearly all of the Parker novels are available in audio format from either AudioGo or Audible. However, in my opinion, only a few are paired with proper readers. The best collaborations, Deadly Edge, Comeback, and Backflash, feature the seriously hardboiled voice and attitude of actor Keith Szarabajka. Joe Barrett’s deep-throated narrations of Slayground, Plunder Squad, and Butcher’s Moon are good. But the reader of the majority of the titles, Stephen R. Thorne, sounds more like, well, the genial and erudite Donald Westlake than the presumably tougher-minded Richard Stark. 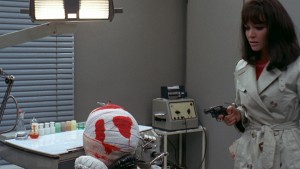 The Parker character has appeared in eight feature films, though his name is used in only the most recent, titled, appropriately, Parker. His actual movie debut was as a female, in Jean-Luc Godard’s 1966 Made in USA. Starring the director’s then-wife, Anna Karina, it’s a perplexing, surreal pop art bit of French political agitprop very loosely (if at all) based on Stark’s The Jugger. The flick, of interest mainly to fans of Godard, was made without Westlake’s knowledge. As a result of the author’s legal action, it was not shown in the United States, and the fact that it is now available on DVD and Blu-Ray from The Criterion Collection suggests that adaptation rights were eventually purchased. Parker’s more or less official debut as a recognizable character was in Point Blank (1967), adapted from The Hunter by Alexander Jacobs, David Newhouse, and Rafe Newhouse, and directed by John Boorman (Warner DVD/Blu-ray). In it, Lee Marvin (as Walker), stomped his way upward through the syndicate in search of loot he believed to be his. That same year, in the French film Mis à Sac, based on Stark’s The Score, Daniel Ivernel appeared as gang leader Edgar. While the movie has an English title, Pillaged, it doesn’t seem to have been released in the US, either in theaters or on DVD, though it apparently can be streamed via TorrentBeam. 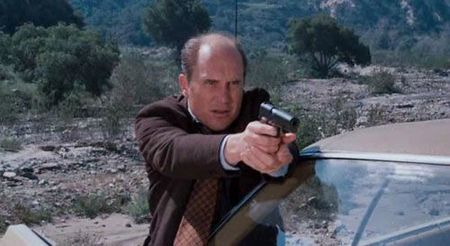 The following year, Jim Brown took over (as McClain) in an OK US adaptation of the Parker novel The Seventh, titled The Split (Warner Archive DVD). In 1973, Robert Duvall assumed the role (renamed Maclin) in director John Flynn’s tough-as-nails version of The Outfit (Warner Archive, remastered). Westlake told me Duvall came closest to his own vision of the character. Peter Coyote stars (as Stone) in the slogging, dreary 1983 British film Slayground (Starz/Anchor Bay DVD), mis-adapted from one of the best novels in the series, in my opinion. As in the book, Parker/Stone winds up in a closed-for-winter amusement park, forced to battle against paid killers. The movie has Stone leaving a robbery and running over and killing a young girl, prompting her agonized father to send out an assassin for vengeance. The fact that the amusement park is in Blackpool, England, doesn’t help. In 1999, Mel Gibson (as Porter) produced and starred in Payback, a second adaptation of The Hunter. A conflict between Gibson and the film’s director-writer Brian Helgeland resulted in a serious change from director’s cut to released film. Both versions are available: Payback and Payback Straight Up: The Director’s Cut (Both on Paramount DVD or Blu-Ray). The Gibson version is more amusing, while Hegeland’s is truer to the novel, that is, tougher and harder-edged. I think both are worth watching. Westlake, however, thought Gibson’s made the lead "a mutt. Parker is not a mutt." Finally, in Parker (2013, Sony DVD ), faithfully adapted from Flashfire by John J. McLaughlin and smoothly directed by Taylor Hackford, Jason Statham made the case for a properly named, if Cockney, master thief who, betrayed and left for dead by his crew after a successful state fair robbery, survives and goes on a hunt for his share of the loot. And maybe a little, ah, payback.

Bottom line, a wry Westlake comment: "Parker has been played by several different white men, a black man, and a French woman. As my friend Joe Goldberg has observed, this could mean the character lacks definition." 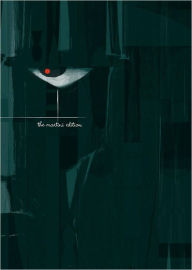 More info on Westlake, Stark, and Parker may be found here: http://www.donaldwestlake.com/parker/.