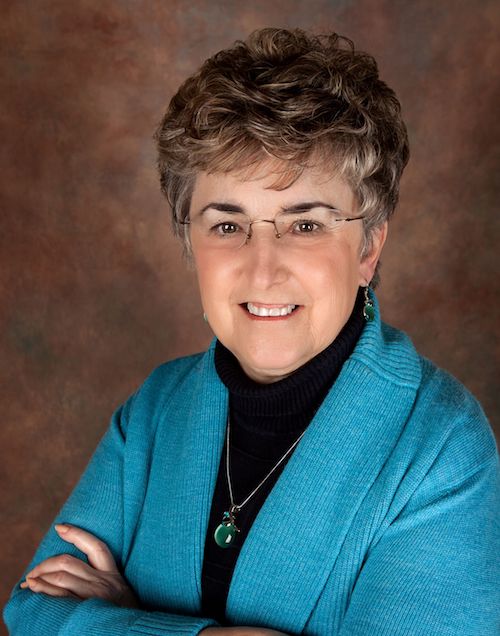 West-central Illinois is steeped in history. My hometown of Galesburg brags that they have the last existing physical location of one of the Lincoln-Douglas debates—the Old Main building at Knox College. During the days prior to the Civil War, Galesburg was a major hub on the Underground Railroad. It’s also the hometown of Carl Sandburg and George Washington Gale Ferris Jr., the man who invented the Ferris wheel, a marvel of technology introduced at the 1893 World’s Columbian Exposition in Chicago.

My current town, just 12 miles west, is Monmouth, which has the oldest continuously operating airport in Illinois. The Monmouth residents boast about “their” portrait of Lincoln. The ambrotype, taken here in 1858, now resides in the National Portrait Gallery of the Smithsonian. Both towns began in the 1830s, and both built liberal arts colleges that are almost that old.

Whenever I walk through either town, I see businesses whose cornerstones begin with a 19th-century number. I’ve combined the histories of each place to create Endurance, Illinois, a town of 15,000, and the setting of my mysteries. The latest of these is Marry in Haste.

It isn’t difficult for me to imagine Endurance in 1893, the year my fictional Olivia Havelock, age 17, leaves her small farm town of Anthem, Illinois, traveling with her parents four days by horse and wagon to Endurance so she can stay with her great aunt. Her parents hope she will learn the social graces and find a suitable husband.

Their search is rewarded beyond their imaginations. As Olivia gazes up the main staircase of Lockwood House, home of her new husband, Judge Charles Lockwood, she is overwhelmed by such splendor. The judge commissioned the Victorian home to be the most impressive house in town with 4,400 square feet, multiple bedrooms, a ballroom on the third floor, and well-trained servants. Olivia is dazzled by this mansion, and despite the 26-year difference in their ages (as well as rumors about the death of Lockwood’s first wife), she is sure they will be happy.

However, as Ben Franklin wrote, “Marry in haste, repent at leisure.” Olivia’s repentance will be terrifying.

Imagine that house a century later, now bought by Jeff Maitlin, the boyfriend of my protagonist, retired teacher Grace Kimball. Although it was the elegant Lockwood House in the past, by 2012 it is a deteriorating white elephant bought by Jeff as a restoration project. As Grace says, “I think it resembles the doomed house in Poe’s ‘The Fall of the House of Usher.’ All it needs is a moat in which to sink until it disappears.” 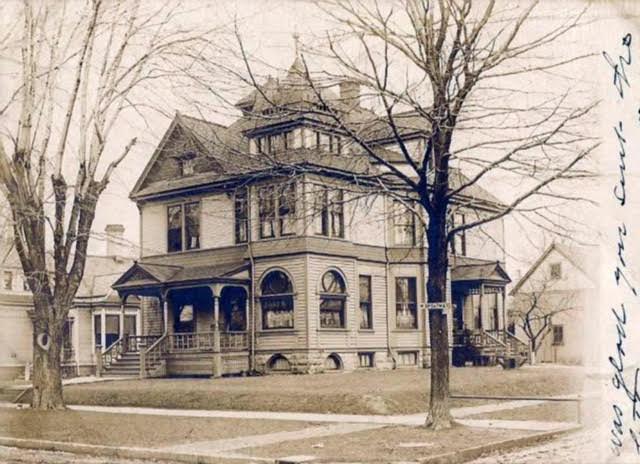 To buy Lockwood House, Jeff takes out a loan from Conrad Folger’s bank. Folger is married to one of Grace Kimball’s favorite former students, Emily Petersen Folger. This transaction will place Grace in the middle of a murder investigation when Folger is brutally killed, and his wife becomes the chief suspect. As Grace tries to clear Emily’s name, she discovers the mysteries of the past in Lockwood House bear a strong resemblance to the murder of the present.

From 1968 to 1972, I lived in a Victorian home known as the McCullough house, the inspiration for this murder mystery. The first-floor living room and adjacent dining room were the length of a bowling alley, and the upper floors held four other apartments. The grand staircase that led from the front foyer to the ballroom on the third floor was matched by a servant’s staircase at the back.

W.W. McCullough, wealthy local businessman, built the house in the late 19th century with mahogany woodwork throughout, multiple pocket doors, fireplaces, chandeliers, water closets, carriage house, and—sigh—a ballroom. I can still see the gas lighting fixtures that remained in the walls during our time there. 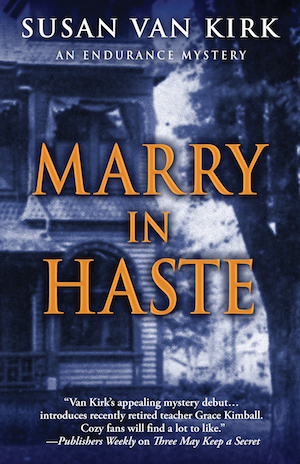 When I began writing Marry in Haste, I found it easy to remember all the dark corners of my former home, and to believe that this mansion could be the common denominator of two marriages ending in mysterious deaths.

Ben Franklin was a wise man. Too bad my characters didn’t listen.

Susan Van Kirk is a writer of short stories, mysteries, and a creative nonfiction memoir about teaching. Her latest novel is Marry in Haste. A high school and college teacher for 44 years, she has always been interested in mysteries since she read the entire Sherlock Holmes series at an early age. It was love at first murder, and yes, her parents were worried.