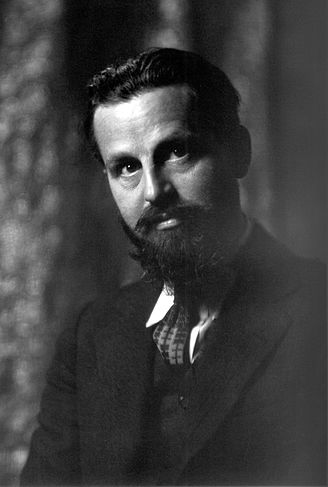 In the 1920s, math prodigy Rex Todhunter Stout, with his brother Robert, created a school banking system that provided him the nest egg needed to try his hand at full-time writing in Paris. He’d published three mainstream novels of only moderate success when the stock market crashed in 1929. His savings dwindling, he returned to the US, continuing to write mainstream fiction. In 1934, at High Meadow, the comfortable home he built on the Connecticut-New York state border, he published his first crime novel, Fer-de-Lance, introducing his soon-to-be iconic characters, elephantine sedentary deductive genius Nero Wolfe and his quick-thinking, glib amanuensis, Archie Goodwin, who narrates their investigations. Over the next four decades, until his death in 1975, he wrote, among other mysteries, 33 Nero Wolfe novels and 39 novellas. In 1986, blessed by the Stout estate, journalist Robert Goldsborough continued Archie's book-length chronicles with Murder in E Minor. As of this March’s Stop the Presses, 11 of these additions have appeared. Most Wolfe titles are in print and/or in ebook format.

Audios of the Stout titles are available from Books on Tape or Audible, primarily narrated by Michael Prichard. The downloads seem to be priced normally, but the CDs are absurdly expensive, sometimes upward of $100. Why? Doubtful even Nero could solve that mystery. Most of the Goldsboroughs are available from Brilliance (single MP3, $14.99) and Audible, mainly narrated by L.J. Ganser. Pritchard, Ganser, and Peter Berkrot, reader of the current Stop the Presses! (Dreamscape CDs, $29.99) do satisfactory jobs, but for something a bit special, if you can find them, try the Durkin Hayes Audio cassette adaptations of Stout's novels read by Saul Rubinek, whose vocal interpretations of Nero and Archie are the best on record.

In the mid-1930s, Stout allowed Columbia Pictures to option the first two books of the series. There'd been talk of a Sydney Greenstreet Nero, with Humphrey Bogart as Archie. Instead, Meet Nero Wolfe (1936), adapted from Fer-de-Lance, starred Edward Arnold and Lionel Stander. Arnold was OK, though not the most subtle of actors. The miscast Stander (the butler-chauffeur on the long-running Hart to Hart TV series) was additionally lumbered with a thick Brooklyn accent and ditzy girlfriend. Pretty much a mess. The League of Frightened Men, with Walter Connolly and Stander, was a slight improvement. Stander remained the Brooklyn comedy relief, while Connolly, a fine actor, seemed tentative and soft, especially when compared to the hawkish Arnold. Stout quickly put the kibosh on future movies. It’s rare for either film to be shown on TV. Nor, to my knowledge, is either available, in toto, on YouTube. Bootleg copies exist, but only die-hard fans will find them worth pursuing.

Nero was treated to four radio series. The Adventures of Nero Wolfe (1943) starred J.B. William as the mountainous orchid fancier. Four months later the show hopped networks, with a booming Santos Ortega in the lead and Elliott Lewis, a master of the sarcastic riposte, as Archie. In 1944, Luis Van Rooten took over as Wolfe. Only one episode of Adventure has survived, starring Ortega and Lewis. In 1945, The Amazing Nero Wolfe featured early film star Francis X Bushman. Only the final episode remains. In The New Adventures of Nero Wolfe (1950-51), Sydney Greenstreet finally settled into the role he seemed destined to play. All but one of these original stories (several written by science-fiction favorite Alfred Bester) have been preserved, featuring almost a who's who of radio male leads, like Gerald Mohr and Lawrence Dobkin, as Archie. Greenstreet's illnesses (diabetes and Brite's Disease) seem to have minor effect on his performances which, according to Stout’s biographer, John McAleer, he enjoyed. In 1982, a CBC series featured Mavor Moore as Nero and Don Francks as Archie in 13 faithful hour-long adaptations of Stout's stories. They, along with the other surviving episodes are available on CDs from a variety of sources (including Radio Spirits and Amazon.com), or via free streaming from YouTube and other internet sites.

As early as 1949, efforts were made to bring Nero to TV. In 1959, character actor Kurt Kasznar and a youthful William Shatner were cast as Nero and Archie. That pilot is listed on the IMDb, with additional info (Alex North composed the theme). It never aired. The big problem: Stout was not on board. He had appeared on ABC-TV's Omnibus, in a 1956 segment titled “The Fine Art of Murder,” with Robert Eckles as Nero and Gene Reynolds (later to become co-creator and producer of TV's M*A*S*H*) as Archie. But that didn't mean he was open to a series. Even when Orson Welles expressed interest in directing and starring in several TV movies, Stout declined. As he told me in 1967, he'd heard Welles was a genius and he didn't trust geniuses. He added that TV and its monetary potential could wait until he was no longer around to write the books. Stout died in 1975. In 1977, filming was completed on Frank D. Gilroy's reasonably faithful TV movie adaptation of The Doorbell Rang, with the well-cast Thayer David as Nero and Tom Mason as a likeable Archie. Probably due to David's death in 1978, the intended pilot did not air until 1979. In 1981, a brief 14-episode series was broadcast with William Conrad and Lee Horsley. Most episodes were loose, sometimes unrecognizable, adaptations of Stout's stories. The leads were better than acceptable, the brownstone setting fun to see and the theme by John Addison properly jaunty. Best of the lot: a loose adaptation of Gambit, in which a brilliant criminal (Darren McGavin) booby-traps the brownstone. In 2001, the A&E network televised the first of two seasons of Nero Wolfe, featuring a smartly-cast Maury Chaykin in the title role, Timothy Hutton as Archie, and Bill Smitrovich as the personification of Inspector Cramer. Set in Manhattan in the early 1950s, the episodes were ultra-faithful adaptations, featuring meticulous set design and stylization and employing an ensemble cast to handle non-continuing roles. It’s a series that any Stout fan should rush to view, especially the excellent pilot “The Golden Spiders,” adapted by Paul Monash and directed by Bill Duke. The two-season megaset is available on DVD from A&E (Amazon.com, from $57.99 to $199.95). Warning: though the shows were telecast in wide-screen, these, except for one episode, are full-screen. When originally telecast, the shows were edited to fit a commercial-filled hour and, though absent of commercials, these episodes retain those edits. They, and the Conrad-Horsley shows are streamable from YouTube.

For more information on Stout and the great Nero, readers may wish to spend numerous hours, as I did, perusing the web site of The Wolfe Pack, the Nero Wolfe Literary Society.