Maureen Jennings wrote her first novel Except the Dying in 1997. An unusual historical procedural set in Canada in the waning days of the 19th century, it introduces brilliant scientific sleuth William Murdoch, a bachelor detective in the 4th Division of the Toronto Police Force, who uses ingenious forensic techniques, inventive gadgetry, and scientific concepts—often prototypes of current products and procedures—to collar killers. In the course of seven novels (paperbacks and ebooks sold separately or in collection at various prices at Amazon.com), Murdoch has done extremely well in the crime-solving department. But his literary achievements don’t hold a candle to his television sleuthing. That began in 2004 with three movies, and continues on today, with an hour-long series about to enter its tenth season. 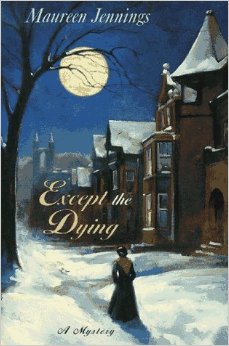 The features are adaptations of Jennings’ first three novels, Except the Dying, Poor Tom Is Cold and Under the Dragon’s Tail. Even though Except the Dying provides a detailed coverage of the death of Murdoch’s fiancée and its effect on his future relationships, I’d suggest you put the movies on hold and go directly to the series. Beginning with the first episode in 2008, the main characters and their continuing stories, occasional visitors from genuine history books (like Henry Ford, Emma Goldman, Winston Churchill and Conan Doyle), and the always witty and carefully constructed science-rich, socially aware whodunit murder plots have coalesced into a television series worthy to be called a classic. (The movies and the first eight seasons of the series are available via streaming on Acorn TV and in DVD format from Acorn. Season nine, which can be screened now at Acorn and will be available on DVD on August 2, is currently appearing also at various times on the Ovation cable network, inexplicably, under the alias, The Artful Detective.)

Starring as the series’ Murdoch, an almost-too-handsome Yannick Bisson adds a charmingly naïve and buttoned-down quality to the part. For all of his inventiveness and success at confidently sussing out and sometimes slapping down murderers, he’s a true geek when it comes to the ladies, too shy to begin a romance with the handsome, amazingly proficient coroner, Dr. Ogden. He’s a Catholic in a Protestant town, which helps to explain why so gifted a criminologist remains a detective (a point made in the second episode, “The Glass Ceiling”). Helene Joy’s Julia Ogden, while using her medical acumen to assist him professionally, eventually manages to soften him romantically. So much so that their on-again, off-again relationship results in marriage on show number 100 in season eight, “Holy Matrimony, Murdoch!” Currently, the crime-solving couple and their baby son, Ronald, come pretty close to resembling a turn-of-the-century Nick and Nora Charles, minus the booze. 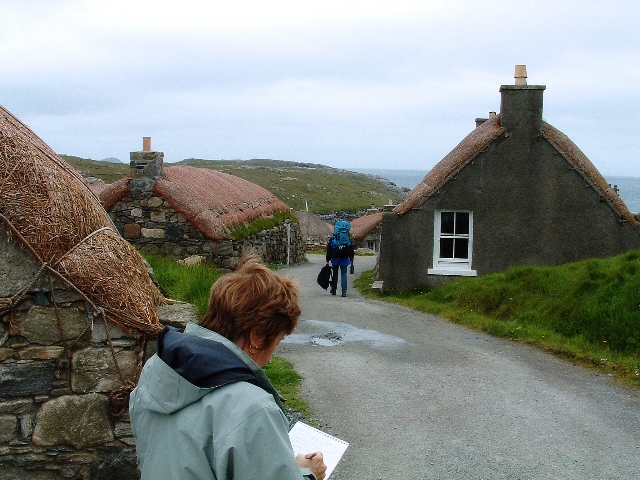 Inspector Brackenreid and Constable Crabtree, the series’ other main characters, as played by Thomas Craig and Jonny Harris, contribute much more to the show’s chemistry than they did in the motion pictures. Craig is allowed, probably encouraged, to go way past Brackenreid’s bluster to present a very human lawman of the old school who believes in manhandling a prisoner for information but who’s big-hearted and smart enough to accept Murdoch’s often odd criminological approaches even though he doesn’t understand them. I’m guessing that Crabtree was designed to be a sort of comedic puppy dog, eager to obey Murdoch’s commands, but Harris’ winning performance encouraged the writers to expand the character to an ambitious, imaginative (he believes in ghosts and vampires but he can foresee the future importance of Murdoch’s inventions) and romantic copper who senses the importance of self-improvement. Along with rising to detective, he hopes to finish and publish his novel The Curse of the Pharaohs.

With the exception of a few two-parters, each episode includes a crime and its solution, but, because the lives of the main characters continue, often undergoing sharp changes, while other characters return every now and then referencing their previous appearances, new viewers should probably begin with show number one, “Power.” It takes place when Toronto is on the cusp of converting from direct to alternating current obtained from Niagara Falls AC, with opposition coming from the direct providers and townsfolk afraid of the new system. An anti-alternating demonstration results in the fatal electrocution of a young woman and in his investigation of the murder, Murdoch receives unexpected assistance from one of his idols, a man who knows a thing or two about electricity, Nikola Tesla. This is very much a typical episode and should provide all the info you need to decide if the series is binge-worthy. It worked for me.