Beyond the Book: The Saint
Dick Lochte 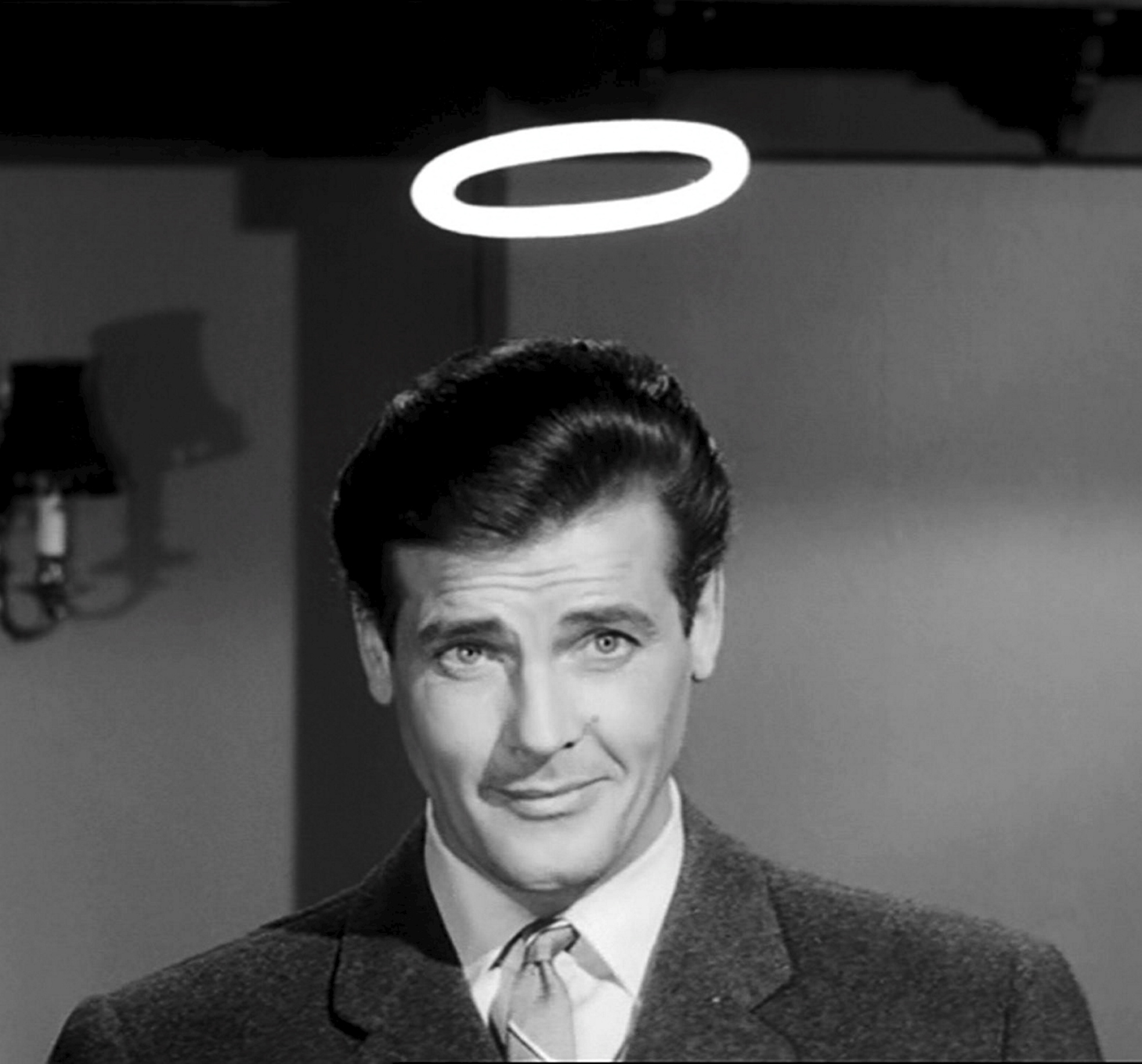 Leslie Charteris and The Saint

Twenty years after his birth in Singapore on May 12, 1907, Leslie Charles Bowyer-Yin, renamed Leslie Charteris, wrote his third novel, Meet the Tiger. It marked the debut of Simon Templar, aka The Saint, “the Robin Hood of modern crime,” at the age of 27, fully formed, with no apparent need of a backstory. The Saint and his famous haloed stickman logo have continued on for more than 50 books (novels and short story collections), nearly all back in print as Thomas & Mercer softcovers. (Alas, minus Templar’s meeting with the Tiger, reportedly because Charteris, who died in 1993, never much cared for that youthful effort.)

Most of the Saint books are available in audio format from Brilliance Audio (and Audible downloads), performed by British actor John Telfer, whose interpretation of Templar is impeccable—sarcastic when parrying with the ungodly, blithe in the face of danger, tough when dispensing justice. He’s just as successful enacting Templar’s friends and enemies, as well as his creator, who introduces several of the volumes. These are very much “historical” adventures, some dating back to 1929, with no attempt to alter them to this smartphone-Internet era. 1935’s The Saint in New York (7 hours, 49 minutes, unabridged, $14.99) is probably the series’ best, a breakout book in which Templar travels to Prohibition-era Manhattan to winnow its gangster population. Though typically witty, it’s surprisingly hardboiled, with an unusually bittersweet finale. A word of caution: its prologue includes a summary of Templar’s activities that is rife with spoilers. Most grievously affected are three early novels that form an arc: The Saint Closes the Case, The Avenging Saint, and The Saint’s Getaway (7 hours, 35-39 minutes each, unabridged, $9.99), in which the Saint moves from “small” capers to the bigger game of international politics, battling a loathsome war profiteer, Dr. Rayt Marius, and his presumed benefactor, arrogant Crown Prince Rudolph. Though dated, the trilogy features the Saint and his crew full of youthful flamboyance.

The Saint stepped into movies in 1938 with a faithful adaptation of The Saint in New York, starring Louis Hayward as Templar. Future black and white adventures featured George Sanders in the role. The Saint in New York and The Saint Strikes Back, a Sanders-starrer, are available as a TCM Double Feature (Warner, VHS Tape, $19.98). The Strikes Back, The Saint in London, The Saint’s Double Trouble, The Saint Takes Over, and The Saint in Palm Springs, are all part of The George Sanders Saint Movies Collection (Warner Bros. Archive, 2-DVDs, $35.99) The third movie Saint, Hugh Sinclair, was a step down from Sanders, but the scripts were a step up. The Saint’s Vacation, loosely adapted from The Saint’s Getaway, and The Saint Meets the Tiger are humorous and action-packed. (Warner Archive, 1 DVD, $19.99). Hayward returned to the role in 1954 in a fast-paced British programmer, The Saint’s Girl Friday, which can be seen only on YouTube. The final Templar film, thus far, is 1997’s The Saint which starred Val Kilmer as a religious guilt-tripped thief-for-hire who bore little or no resemblance to Charteris’ concept (Paramount, DVD, priced from $5 to $45). 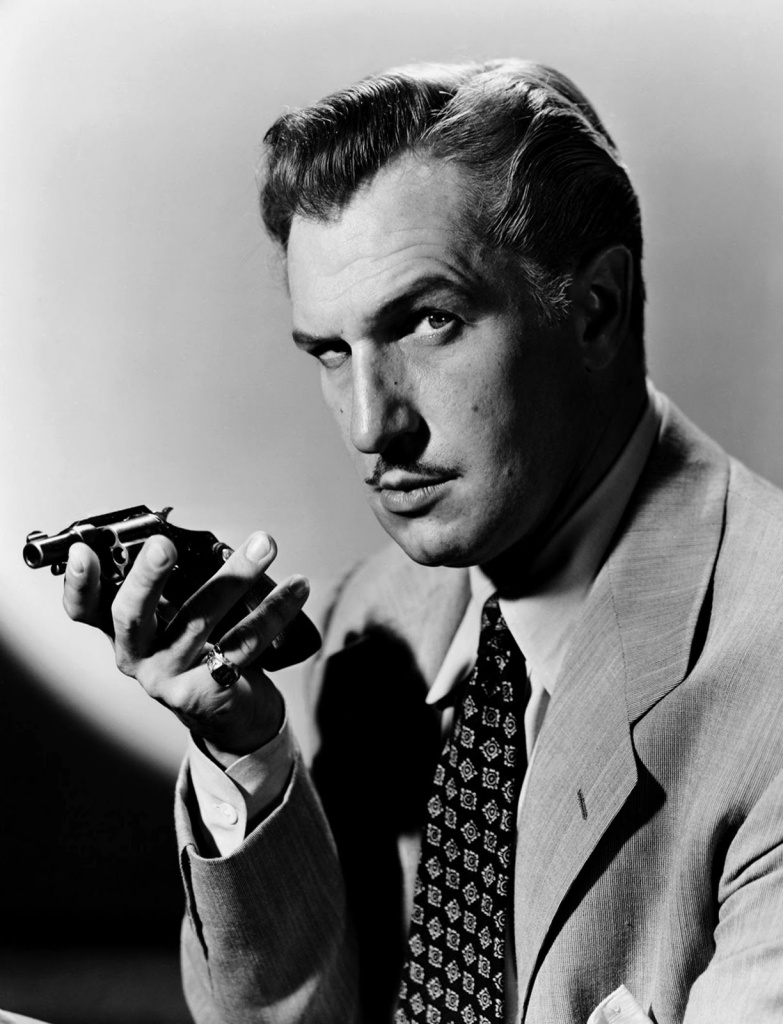 As Ian Dickerson, the curator of Charteris’ literary estate, writes in his excellent survey, The Saint on Radio (Purview Press, paperback $22.95; Kindle, $9.99), “When you mention The Saint on radio most people think of Vincent Price . . ..” Happily hours of the actor’s blithe, not-quite-British-accented Templar may be streamed from YouTube or other Old Time Radio venues and 20 digitally restored and remastered choice episodes may be purchased from Radio Spirits (10 CDs, $27.99), including a collector’s item: a 1940 adaptation of Charteris’ short story, "The Miracle Tea Party," introduced by the author.

While at least two attempts to bring the Saint to television have failed, three have made the cut. The Return of the Saint, lasted one season (1978). Its lead, Ian Ogilvy is an actor with the proper amount of swash and sophistication, but the stories, often with terrorism themes, were surprisingly glum. Since the only DVD sets are region 2, US fans can turn to YouTube for their Ogilvy fix. (Check out the two-parter, The Brave Goose.) In six 1989 TV movies, Simon Dutton is well cast as Simon Templar – British, debonair, properly athletic. See for yourself on two DVD sets from Acorn TV ($49.99 each set). The most popular incarnation of the Saint in any media is, of course, Sir Roger Moore, whose complete 1962-1968, 118-episode run is DVD-available from Timeless Media (Boxed set, 33 discs, $199.98). From the third wall-breaking openings with Moore discussing his surroundings with obvious amusement to the often-surprising finales, the shows are universally entertaining. The best, IMO, are found in the first four seasons, when the show was in black and white and the stories were adapted from Charteris’ originals, with guest stars like Julie Christie, Oliver Reed and Honor Blackman. The color seasons are worth watching, too, even with their almost parodic swinging 60s look. This perfectly cast series, arguably, is the main reason why, nearly 90 years after his creation, the Saint has remained one of crime fiction’s most-beloved heroes.