A love of books can make us do a lot of things.

Some of us stockpile them, hoping to get around to reading that growing mountain; others of us just check out for a few days and devour books; some of us will strike up conversations with complete strangers when we see them reading a book we’ve loved.

Maggie Topkis turned her love of recommending books into becoming a publisher.

Mystery publisher Felony & Mayhem will celebrate its 10th anniversary on June 29, and this milestone comes with a change. 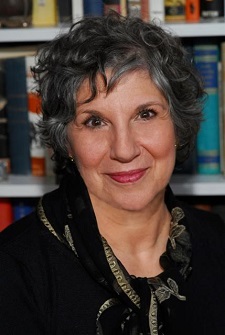 Topkis turned her love of recommending books to the customers at her New York City bookstore, Partners and Crime, into being the publisher of Felony & Mayhem, which has more than 200 titles in print. For the past decade, these titles have been either reissues of out-of-print books or ones that, while new to the U.S. market, had previously been published elsewhere.

A new decade calls for a new change.

Felony & Mayhem will publish its first original title, The Idol of Mombassa by Annamaria Alfieri, left, in 2016.

The publisher calls this novel “a richly atmospheric yarn set in British East Africa in the early years of the 20th century.”

Alfieri, a past president of the New York Chapter of Mystery Writers of America and author of such titles as Strange Gods and Blood Tango, said in a press release, “I feel right at home publishing with Felony & Mayhem. They specialize in my kind of books—well-researched mysteries that are vivid and compelling. I cannot imagine a better fit for me as an author.”

“It was apparent from that first book that [Alfieri] is both drawn to unusual settings–settings that few other writers have explored–and able to bring them stunningly to life. We feel very privileged to be working with her on The Idol of Mombassa, and the fact that we like her so much personally is just icing on the cake,” said Topkis in a release.

For more information about Felony & Mayhem, please go to www.felonyandmayhem.com.