The Case of the Missing Endnotes
Jon L. Breen 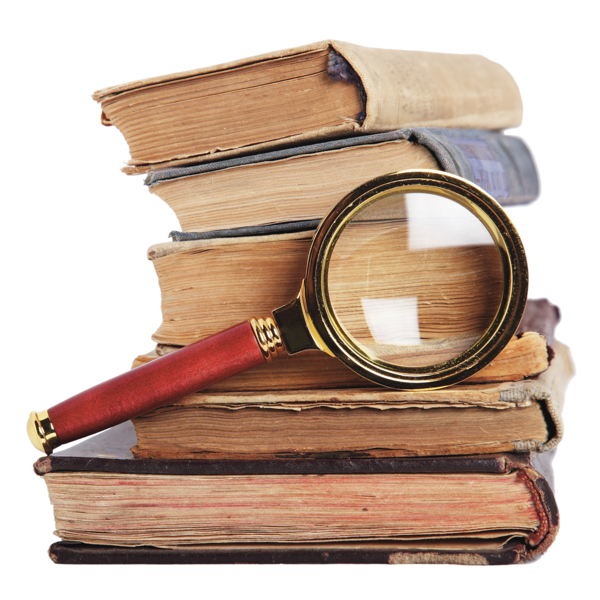 A noted critic raises concerns about a troubling new trend in publishing.

A sinister trend is afoot in nonfiction publishing. It seems to affect a particular kind of book: one with both scholarly authority and commercial appeal. Two examples have come my way in the past year, both of them coincidentally with a common subject: the Pinkerton detective agency and its crime writing founder Allan Pinkerton.

Early in 2013, I reviewed in these pages Daniel Stashower’s The Hour of Peril: The Secret Plot to Murder Lincoln Before the Civil War (Minotaur), since nominated for a true-crime Edgar Award. It struck me as the superb job I’d expect from the author, but something was missing. While there was a six-page bibliography of primary and secondary sources, there were no notes to identify exactly where quotations and little-known facts came from. At the end of the bibliography, the reader is referred to the author’s website, where the source notes can be found. (The link to the notes appears in the bottom left corner of the author’s homepage at www.stashower.com.)

I didn’t remember having come across this practice before, and maybe I should have been on alert later in the year when I came to review Beau Riffenburgh’s Pinkerton’s Great Detective: The Amazing Life and Times of James McParland (Viking), another excellent book. Note numbers were sprinkled throughout the text of my advance reading copy, but there was nowhere to look them up. I asked the publisher for a copy of the notes and received almost a hundred pages, including not just source citations but appendices, maps, bibliography, and considerable added information included with the notes, the sort of material that was an integral part of the book and indispensable to any reader with a more than casual interest in the subject. I wrote my review on the reasonable, but (as it turned out) premature assumption that all this material would be included in the finished book. When I received a hardbound copy, I saw that it was not. A note between preface and introduction referred the reader to two websites: www.susannagregory.com and www.penguin.com.

How widespread is this alarming phenomenon? Admittedly, it’s too early to pronounce it an epidemic. Two nonfiction books I received for Christmas are in that scholarly-and-commercial category, and both of them had their extensive notes intact: Doris Kearns Goodwin’s bestseller The Bully Pulpit: Theodore Roosevelt, William Howard Taft, and the Golden Age of Journalism (Simon and Schuster), and Ethan Mordden’s Anything Goes: A History of American Musical Theatre (Oxford University Press). (Though when this malady starts afflicting prestigious university presses, we really will be in trouble!) A quick-and-dirty survey of the new nonfiction shelves at my favorite public library turned up no additional examples. Could it be this publishing atrocity is limited to history books about the Pinkertons? Not quite.

In the October 4, 2013 Washington Post, Douglas Brinkley gave the most scathing pan imaginable to Bill Bryson’s One Summer: America, 1927 (Doubleday). In a subsequent letter to the editor published November 8, Bryson granted Brinkley’s right to a wrongheaded opinion on his literary merits, but heatedly disputed the claim that his book was “devoid of footnotes” and involved “no primary research (except for scanning websites).” On the contrary, wrote Bryson, readers are directed to “a 119-page appendix available online that contains some 1,200 annotated source notes....” Another book that has important ancillary content online rather than in the book is Jared Diamond’s The World Until Yesterday: What Can We Learn From Traditional Societies? (Viking, 2012), with chapter-by-chapter Further Readings found only on the publisher’s website.

Obviously, this is an economic decision of the publishers. To keep the price affordable to the target audience, the page count has to be limited. Just about everybody has Internet access, and the information is readily available to those who want it. Most casual readers, the thinking might go, won’t even miss the notes. And if they do, they can get the ebook version, where the page count is not an issue and these omitted notes can be included.

So why is this such a big deal? Several reasons.

To begin with, it’s an inconvenience to the reader, who pays a handsome price for a physical book but then has to go somewhere out in the clouds for the basic documentation that makes it complete. And believe it or not, not everyone loves using computers or the Internet. As for getting the ebook, why should the lover of real physical books with pages and print have to pay twice to get the whole book?

Second, what about the effect on the author? I can’t imagine any responsible scholar not wanting the documentation to be available or being happy with giving the reader extra hurdles to clear. If the choice comes down to making unacceptable cuts in the text or farming out the notes, the latter is clearly the lesser of two evils, but still an evil. Harm to the author’s reputation can also result. If you check the Amazon.com reviews for Stashower’s and Riffenburgh’s books, you’ll find both have been criticized for the lack of notes, either by those who resented having to go online to find them or (worse yet) by those who missed the cross-reference and assumed the author had provided no documentation at all.

Third is the biggest problem of all in my view: the dubious permanence of the scholarly documentation. Nothing in cyberspace is as certain of survival as a physical object. Much as I value and exploit the Internet, I can never believe a given online item will be around as long as a printed book. Those source notes are available to check online now, but what assurance is there they will still be there in a year, five years, ten years, fifty years? And though I’ve filled my iPad with hundreds of ebooks and reveled in the convenience of space saving and portability, the permanence question applies equally to them.

Readers with an interest in the integrity of the book must resist this intellectual virus. I’m not sure how, but being aware of it is a start.