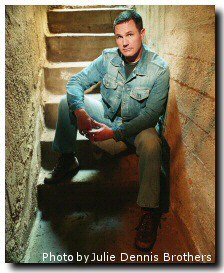 This blog doesn't often receive breaking news, but today is an exception. We received word about the next Grand Masters less than an hour ago.

Mystery Scene offers its congratulations to two deserving authors chosen by the Mystery Writers of America as the next Grand Masters and to a bookstore who will be honored with the Raven.

Robert Crais and Carolyn Hart have been chosen as the 2014 Grand Masters by Mystery Writers of America (MWA).

MWA's Grand Master Award represents the pinnacle of achievement in mystery writing and was established to acknowledge important contributions to this genre, as well as for a body of work that is both significant and of consistent high quality, the organization stated in its press release.

Crais and Hart will be presented with their awards at the Edgar Awards Banquet, which will be held at the Grand Hyatt Hotel in New York City on Thursday, May 1, 2014.

Crais started his career as a screenwriter for such major TV crime shows as Hill Street Blues, Cagney & Lacey, and Miami Vice. During the mid-1980s, he left television and began writing novels full-time. The death of his father in 1985 inspired Crais to create his main character Elvis Cole using elements of his own life as the basis of the story. It resulted in his breakout novel, The Monkey’s Raincoat, and was nominated for The Best First Novel Edgar Award.

Crais has 11 novels in the Elvis Cole series. Crais has been nominated for every major award in the mystery field. (A profile of Crais was the cover of our Winter 2010 issue, No. 118.) 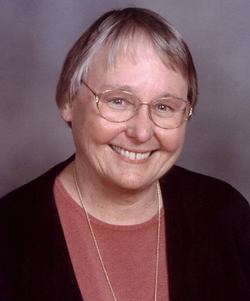 A native of Oklahoma City, Hart began her writing career at her local newspaper. In 1964 Hart won a contest looking for a mystery novel that would appeal to adolescent girls which resulted in her first published book. She wrote a number of books for young adults over the course of the next seven years.

In 1972, she turned to writing for an adult audience and has published 50 novels, a remarkable achievement for any author. Hart has written 23 novels in her Death on Demand series. She also writes two other series, the Henrie O mysteries and the Bailey Ruth Raeburn series. Her novel Letter From Home was awarded the Agatha for the best mystery novel of 2003 and was a New York Times notable book. She has been nominated for many writing awards, and is a past president of Sisters in Crime.

(Mystery Scene profiled Carolyn Hart in the Issue No. 115.)

Established in 1953, the Raven Award recognizes outstanding achievement in the mystery field outside the realm of creative writing. The 2014 Raven will go to Aunt Agatha's of Ann Arbor, Michigan.

Aunt Agatha’s owners, Robin and Jamie Agnew are champions of both established and new authors, making the store a must-stop destination for author tours in the Midwest. They are among the founding members of the Kerrytown Bookfest, an event that celebrates those who create books and those who read them. The Bookfest's goal is to highlight the area’s rich heritage in the book and printing arts while showcasing local and regional individuals, businesses, and organizations.

(A previous story on Aunt Agatha's can be found here.)

I offer personal congratulations to the Agnews as I was honored to receive the Raven last year. It is an honor I treasure. Previous Raven winners include Molly Weston, The Mysterious Galaxy in San Diego, and The Poe House in Baltimore, MD.