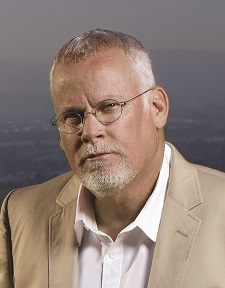 Anyone who has been to a mystery writers conference, be it Bouchercon or SleuthFest, knows there’s always an auction in which books, trips and baskets of items are up for grabs.

The highlight of these auctions is always the character names that are up for bid. For a price, a person can have their name—or that of a friend or even a pet—immortalized as a character in the author’s upcoming novel.

The money goes to a charity or to help pay for future conferences, so everyone wins.

There the years there have been some standout auctions. At the Las Vegas Bouchercon, several authors’ contributions, including Lee Child and Ian Rankin, went for several thousands of dollars.

A few years ago at another Bouchercon—help me out here, readers, as I cannot remember which one—the chance to be a named character in Charlaine Harris’ last Sookie Stackhouse novel came down to two bidders. Both of whom were bidding nearly $8,000 each. (Again, readers may remember the precise figure.) Harris, generous person that she is, said she would use both names if they each would hold with that bid. They did, and the charity of choice received a big boost in funds that evening.

Michael Connelly’s latest novel, The Gods of Guilt, which goes on sale Dec. 2, 2013, he uses a name that is familiar to many people who live in South Florida. (Connelly is pictured at left.) 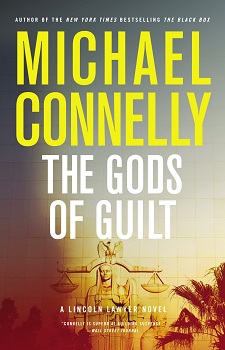 In The Gods of Guilt, Dr. Stratton Sterghos appears midway through the novel, playing a minor but pivotal role in the plot. Sterghos is described in the novel as a retired obstetrician. He doesn’t have any lines of dialogue because in the novel he is visiting his daughter in Florida.

That description isn’t far from the truth. The real Stratton Sterghos is, at age 80, still a practicing gynecologist in Broward County where he and his wife, Vivien, live. Sterghos moved to South Florida during the 1960s to do his residency at Jackson Memorial in Miami. The literally thousands of babies he delivered are, no doubt, scattered throughout the country.

Sterghos’ fiction debut was bought during an auction for the Broward Bulldog.com, a not-for-profit online newspaper, by his daughter, Nicole Sterghos Brochu, the youngest of his four children and a reporter for the Sun Sentinel in Fort Lauderdale. (Full disclosure here—the editor of the Broward Bulldog is a good friend of mine;  on the Bulldog site you'll also find an interview I did with Connelly earlier this year. In addition, I know Brochu. I also worked for the Sun Sentinel for 29 years and was there when Connelly was a staff writer. I didn’t know him then though I think I said hi to him once in the hall.)

The Gods of Guilt brings back Mickey Haller, Connelly’s Lincoln Lawyer character. In The Gods of Guilt, Mickey’s latest is client is accused of murdering one of Mickey’s former clients, a woman he tried to help.

From the start, the evidence points to a bigger conspiracy. As Mickey tries to unravel the case he also grapples with the thought that his own actions years before may have led to the woman’s death. Here’s a link to my review that ran in the Sun Sentinel.

In addition to the launch of The Gods of Guilt, Connelly has been involved with the filming of Bosch, a TV series based on his Harry Bosch novels.  Veteran character actor Titus Welliver is playing the detective in Amazon’s first drama series. Connelly was on the set during some of the filming and has a video diary on his web site.

I also want to give a shout out to Jeanne Rolwing of Charleston, Mo., who had the winning bid to be a contractor in Elaine Viets’ Fixing to Die. Viets’ character name was part of a fund-raiser for St. Henry’s Catholic School. (Again, full disclosure—Charleston is my hometown and I attended St. Henry’s.)

And here’s a shout out to anyone who ends up a character in an author’s book. It’s not just fun to see your name immortalized in a novel—the money goes to support a good cause.

And if you have a story about how your name was used in a novel, let us know.

(A portion of this column ran in the Sun Sentinel.)