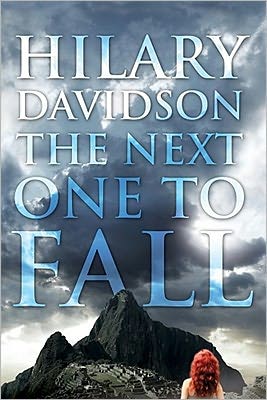 A couple of weeks ago, my husband and I picked up an old college friend at Port Everglades, following a cruise.

Over lunch, we talked college, of course, friends in common and travel.

The year before she had gone to Peru and had explored the ruins of Machu Picchu.

As she talked about the ruins, I mentioned a couple of tidbits that I knew about Machu Picchu, the geography and the country's history.

When she talked about coco tea, I was able to add impressions I also had heard. Or in this case, read.

Now, I have never been to Peru nor have I tasted coca tea. But I had just read Anthony Award winner Hilary Davidson's The Next One to Fall, which is so wonderfully steeped in the scenery of Peru that I could picture the country as if I had been there.

Davidson shows the reader Peru's geography, its politics, its violence and its people in ways that most travel articles do not.

Authors who show us their scenery abound in the mystery genre, but lately a couple of examples have risen to the top. Nevada Barr has taken readers on myriad tours of America’s national parks from Texas to Michigan to the Florida Keys, including an urban national park in New Orleans, via her series heroine, park ranger Anna Pigeon.

In The Rope, Barr takes Anna back to the beginning when she is a wide-eyed, new widow arriving by bus from New York City to spend the summer working at Glen Canyon National Recreation Area, which encompasses more than 1.2 million acres from Lees Ferry in Arizona to the Orange Cliffs of southern Utah.The plot is solid, complemented by the scenery that Barr describes so well.

When the reader first meets Anna in The Rope, she has fallen down a solution hole, a dry, natural well caused by softening of limestone. We are there with her every minute as she struggles to free herself.
And we feel that heat of the desert in The Rope, especially when Barr compares it to the streets of New York City:
"Summer heat in New York came from milky skies, pouring moist and heavy over the city, flowing down from the buildings and up from the subways until it suffocated. Desert heat came from hard blue sky and weighed nothing. Like a weak acid solution, cleansing and caustic."
Regional mysteries are our personal tour guide, a way of armchair traveling. I also have often refered to mystery novels when I have planned a trip.
travels-with-authors
2353