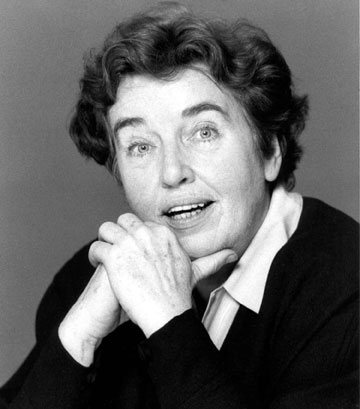 “Dido Hoare, the world-famous soft-touch antiquarian book dealer,” is how Marianne Macdonald’s sleuth introduces herself in Death’s Autograph, the first entry of a delightful bibliomystery series.

Dido makes her living in the book trade but it’s the human interest stories that follow the books as they move from owner to owner over decades or centuries that really grab her interest. Getting involved in those stories sometimes threatens her life—and makes for compelling reading.

Dido was named, as she tells it in Ghost Walk, for “the Queen of Carthage whom Aeneas had abandoned on his way to more important masculine pursuits like founding the city of Rome.” Hoare, pronounced in one syllable, is a venerable English name that author Marianne Macdonald may have chosen to be mischievous.

Dido herself is immediately likeable. She speaks her mind, drinks her share, and has chronically poor judgement when it comes to attractive men.

The reason she’s a store owner in the first place is because she couldn’t resist the charm and good looks of her ex-husband Davey. Davey dealt in antique prints and Dido worked in the book business, so when they married, her father Barnabas thought it appropriate to set them up with their own shop as a wedding present. Davey soon departed and the sign above the door was changed to read simply, “Dido Hoare Antiquarian Books and Prints”.

Like her creator, Dido went to Oxford. According to Marianne Macdonald, after Dido finished her studies she went to New York with a friend and worked in the publishing business for a couple of years, returning to England after her mother died to keep an eye on her aging father, who was a bibliophile himself. Dido learned about rare books over the next two years working at a big Charing Cross Road bookshop specializing in 19th and 20th century titles.

Dido Hoare Antiquarian Books and Prints occupies the first floor of a two-story Georgian cottage in Islington, “an up and coming area of North London.” Her stock fills overflowing floor-to-ceiling shelves that leave only narrow aisles for maneuvering.

For anyone interested in the book business, the day-to-day details that Macdonald incorporates into the stories make fascinating reading. In Death’s Autograph, Smoke Screen, and Three Monkeys, for instance, the reader accompanies Dido to private homes to inspect libraries for sale, and learns first-hand her process for appraising a collection and making a bid. There are also the logistical problems of storing boxes of books until she has time to deal with them, and what to do with the excess when she buys too much. She attends book auctions, and uses catalogs from other dealers to look for good deals and to help price her own stock. 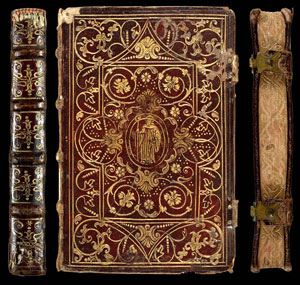 Dido sells books both to customers who come into the store and to attendees at the periodic book fairs she participates in, such as the regular monthly book fair on Russell Square. But the bulk of her sales come through the mail. A constant in the series is the necessity of working on her own catalog, which she issues four to five times a year mostly for the benefit of the British and foreign university libraries which form the backbone of her customer list. In Smoke Screen Dido finally gets online and enters the world of internet sales. By Road Kill she has her own website.

Dido’s ex-husband Davey only appears in the first book, Death’s Autograph. He works his way back into Dido’s life, causes mischief, then suddenly departs again leaving her to try to make sense of the considerable muddle he has created.

Besides leaving Dido with a bookstore, Davey also leaves her with a cat, called Mr. Spock, and a baby on the way. Baby Ben makes his first appearance in Ghost Walk. By Smoke Screen he’s ten months old and by Road Kill he’s started to walk and talk. The character of Ben helps MacDonald mark the passage of time by the stages of his development. He also serves as an admirable asset in her investigations: an excuse for Dido to end an interview and get home, a reason to grab the diaper bag (which holds her cellphone) and conveniently disappear into the bathroom, or simply as a way to attract attention and get people talking to her. Ben also deepens the story through Dido’s new understanding of love and commitment and the complications of her life as a single mother.

Dido’s father, Barnabas, is the co-star of the series and serves as sage advisor, business partner, and sometimes cohort in crime. Professor Barnabas Hoare held an Oxford chair in English. After retirement, and especially after his wife died, he found himself at loose ends. As Dido’s business and personal life grew more demanding, he stepped in to help.

The interplay between Dido and Barnabas is one of the great pleasures of Macdonald’s series. They live apart—he in a flat in a converted mid-Victorian villa, she in an apartment above the store—but they keep close tabs on one another. Barnabas is four months past a heart attack when we first meet him and Dido is concerned about his health.

Dido’s family is rounded out by her older sister Pat, respectable and married with a house and family in the suburbs. Pat tends to be overprotective but she can be counted on to “be there” when needed.

Despite her busy schedule, Dido also has her share of romantic entanglements. She first encounters Detective Inspector Paul Grant in Death’s Autograph and he continues in her life in an on-again-off-again relationship “similar to the one he has with his wife.” Investigative journalist Chris Kennedy first trifles with her affections in Die Once and makes a return appearance in Three Monkeys. 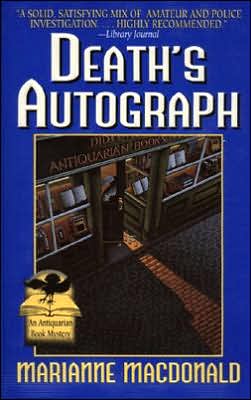 With each book Dido enlarges her circle, with characters reappearing as needed and sometimes providing stories’ central complications. Babysitter Phyllis, a no-nonsense Australian, regularly looks after Ben and frees up Dido to run her book business and chase down killers. College student Ernie, born in Sierra Leone and “built like a tank,” is directed to Dido when she has need of a computer guru.

Marianne Macdonald had her first book published when she was 16 years old. A native of Canada, she studied at McGill University and Oxford, and then spent years as a university instructor before returning to writing with the Dido books. The first in the series, Death’s Autograph, came out in 1996, and the eighth, Faking It, is coming out from Severn House this fall.

In the front pages of one of the novels, Macdonald gives the candid caveat that “all the characters in my books are purely autobiographical.” One can only guess at how much of Dido comes from Macdonald herself, and at the sources of her other characters. Surely Barnabas and his colleagues had their inspiration in Macdonald’s days studying at Oxford and teaching at various British universities. Macdonald credits her now-former husband, antiquarian bookdealer Eric Korn of ME Korn Books, with advising her on bookselling practices, and being the mother of sons undoubtedly contributed to Macdonald’s endearing characterization of Ben.

The Dido Hoare series borders on being a “cozy” because of the continuing cast of regular characters, and the homey scenes of daily life in Dido’s little flat although the tone and the world view are darker than one might expect. The bookstore milieu is certainly comfortable and pleasant. The stories unfold at a pace befitting the antiquarian book trade and if plots tend to ramble and loose ends get left dangling—well, life is like that.

Ideally, one should start reading this series with the first book, but it’s by no means a necessity. For a full appreciation, it does help to have an interest in books and the book business. But then, you wouldn’t have read this far if you didn’t already have that, would you?