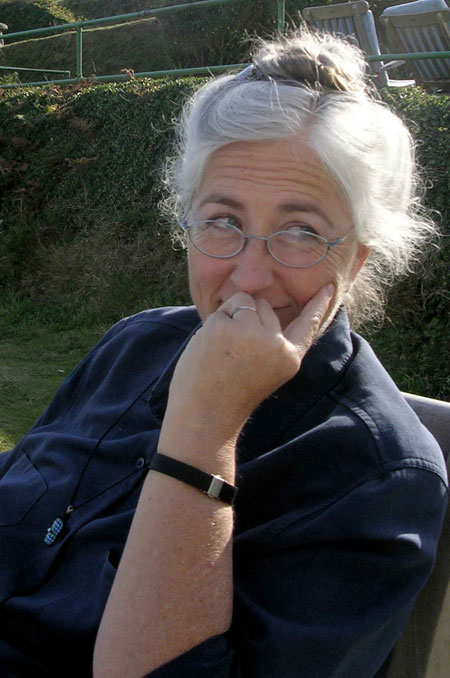 "One of the duties of fiction is to be subversive, to undermine people's presumptions.... If I can do that and also entertain, I feel I have done my job."

It seems almost inconceivable, but Laurie R. King wasn’t a big fan or even all that knowledgeable about Sherlock Holmes when she began her series about the brilliant Mary Russell, who becomes a partner in every way to the great detective.

After 12 novels in that series, the latest of which is Pirate King, King not only is a fan of Holmes, she’s also a recognized Sherlockian expert. Her stories about the fiercely independent Russell have succeeded in bringing Holmes to a new generation, made him a bit more human and, hard as it is to believe, even sexy.

Perhaps Russell—and also Holmes—found her, instead of the other way around. How else to explain what happened in 1987, with her daughter in second grade and her son off to preschool three days a week, when the 35-year-old found herself with an extra ten hours a week to herself?

She sat down at her kitchen table with a fountain pen and wrote in longhand the opening of what would become The Beekeeper’s Apprentice: “I was fifteen when I met Sherlock Holmes, fifteen years old with my nose in a book as I walked the Sussex Downs, and nearly stepped on him.”

King had just finished her master's degree. But with her children “still small enough to need me around” and a husband nearing retirement, she hesitated to look for a job or work on a PhD. She also couldn’t seem to find anything at the library that interested her. “I thought maybe I could write something and that would keep me entertained longer than reading would,” said King, who now has 19 published novels.

Call it fate, luck of the draw, or divine intervention—PBS had been showing Sherlock Holmes films with Jeremy Brett. King became intrigued by the series.

“I kept thinking that what Holmes was doing was what mothers do everyday,” said King, now 56. “Women’s intuition often gets downplayed, but when men do it, it’s considered special. I started writing because of frustration, the time on my hands, and an irritation with Jeremy Brett.”

Except for a couple of stories in high school, she was unfamiliar with Holmes. The day after she started writing, she bought a collection of Sir Arthur Conan Doyle’s short stories.

“I figured I should know something about Holmes since I was going to be using him in my novels,” said King.

Reading Holmes as an adult gave her different insight.

“I had expectations that these would be stories about a terribly clever thinking machine. But the humor and passion of the man were unexpected,” said King, who then began researching Holmes. 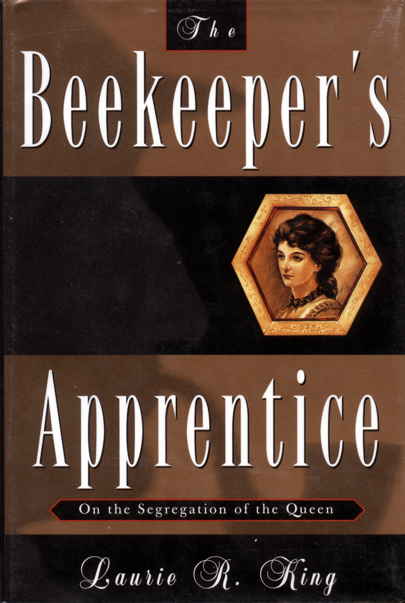 The Beekeeper’s Apprentice’s first draft of 280 pages was finished in about 28 days. King then rewrote it. Then she tackled what would become her third published novel, A Letter of Mary. Although she had collected a number of rejection slips and didn’t have an agent or a publisher, King had determination.

“An awful lot of crime writers enter the field in their middle years. They’ve done the first part of their careers, they look around and feel dissatisfied with the dimensions of their life. So they think, ‘I love storytelling. I love novels. I think I could write one.’”

Even before she was published, she made a career change. She wrote a third novel, changing her setting from 19th century England to late 20th century San Francisco with Kate Martinelli, a police detective, as her heroine. A Grave Talent—her third attempt at writing a novel—would be her first to sell and was published in January 1993, winning the Edgar for best first novel and the John Creasey from the Crime Writers’ Association.

Mary Russell finally made her publishing debut with The Beekeeper’s Apprentice in 1994, and followed up with A Monstrous Regiment of Women in 1995. Since then, King has averaged at least a book a year, alternating between Mary Russell, Kate Martinelli, and her five standalone novels.

King’s background, which includes a nomadic childhood, years of being a homemaker, and two degrees in theology, might seem at odds with crime fiction. But King says every aspect of her life led to being a mystery novelist.

When she was a child, her family moved so often that it wasn’t until she was in high school that she entered the same school in September that she’d been in the previous June.

“Anyone who moves that often as a kid, especially if you’re introverted to begin with, you just sort of give up on people and go for the books,” said King, who now lives in California’s Monterey Bay area and also has a home in Oxford, England.

In high school, she became a self-described hippie with lackluster grades, preferring reading to homework. But in college, King found her niche: religion. She earned a bachelor’s degree in comparative religion and a master’s degree in Old Testament theology. After studies in history, psychology, and anthropology, the subject of religion “chose me,” she often says.

“My [bachelor’s] degree was in studying the world’s religions, but I was most interested in what lay beneath them. [In my master’s work] I was looking at the Old Testament as the underpinnings for what my culture believes and speaks. It is the psychic language on which Western culture is built.” 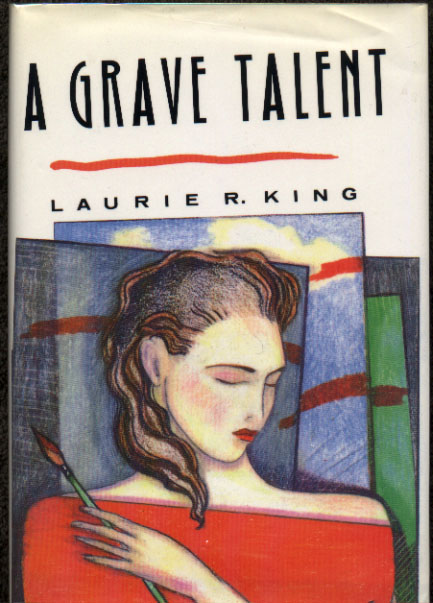 As a novelist, she uses the degrees every day. “I think having studied how the human mind and heart work to shape theological concepts, the relationship between the human and the divine, made me look more closely at relationships between individuals. When I am writing about people I am also aware of how they are relating on a spiritual plane instead of just day-to-day. It is the depth of their relationships that interests me when writing a novel.”

She earned the first university degree in her family, but King didn’t actually breeze through college. It took her seven years to earn her bachelor’s degree and another seven for her master’s degree. The reason is simple: Life got in her way. Her studies took a back seat to work, marriage, children, travel, and renovating a home.

In 1977 she married Noel King, a college professor 30 years her senior, with whom she had a daughter and a son. The couple was married for 32 years before his death in February. The couple and their children traveled extensively during their marriage. For 15 years, the family lived in an 80-year-old farmhouse on two acres of land in Pajaro Valley, California. There, Laurie King raised their children, continued her studies, made jams and chutneys, and designed and built a two-story addition to the house.

“I was a homemaker in every sense of the word,” said King, amusement in her voice. “It’s hard to believe that Laurie King used to can tomatoes and knew how to build a house. I can either build or type. I can’t do both.”

The switch from “homemaker” and student of religion to crime fiction has been a good fit for King. Her multilevel novels explore a variety of issues. She was one of the first—if not the first—straight mystery author to make a lesbian the lead character as she has done in her five Kate Martinelli novels.

“It never occurred to me that [Kate’s orientation] was unusual or that I couldn’t or shouldn’t write about it just because I was a straight woman, or that I might not understand the gay community. After all, I had just written about a Victorian male detective and I wasn’t part of that community either. On the whole, the gay community was extremely responsive and accepting of Kate, for which I am very grateful.”

The Mary Russell novels have been a springboard for King to explore historical issues such as women’s rights and the roots of Middle Eastern conflicts.

“One of the duties of fiction is to be subversive. Fiction doesn’t have a lot of responsibility but to entertain. But what comes close is the chance to offer different world views. That’s what I mean by subversive. You want to undermine people’s presumptions and let them see things in a different way. If I can do that in a novel and also entertain people, I feel I have done my job.

“The Game shows that our actions at the moment in Afghanistan have reverberations into the future. But they are also in the footsteps of what went on in the last century and the century before that. The novel offers a way of illustrating that in a way you can’t get in a nonfiction book. O Jerusalem shows how the decisions made by the British government shaped the Middle East in a lot of permanent and profound ways.”

But King is always careful to make any issue an integral part of the story, not the main aspect of a novel.

“I don’t feel the need for the smell of soap in a novel. I don’t like the idea of a novel as a soap box,” said King.

“I like the idea of being thought-provoking and being a good read. I don’t feel the two are exclusive. You can have passion without an authoritarian viewpoint.”

Does she have a preference for one of her series? 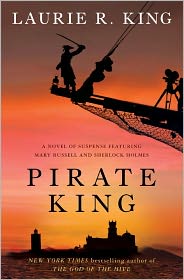 “Whichever one I am not writing at the time is my favorite,” King deadpanned. “But that’s like asking which child a parent prefers. The Russells are a lot more fun. They’re romps, they’re adventures. They allow me to write bigger-than-life characters and situations. You can’t write a contemporary crime novel about going to live with Bedouin in Palestine. It’s just not real or practical. Russell’s voice is one I have a lot of enjoyment for.”

Her Russell novels also appeal to a diverse demographic, including young girls.

“One of the earliest interviewers wrote that Mary Russell was for all the girls who came to the end of the Sherlock Holmes stories and realized, ‘They didn’t need me.’ At a certain point, you realize that they are more boys’ stories. But wouldn’t you have loved to have had Mary Russell around when you were 14 or so? And because she gets the better of Sherlock, that adds to the fun,” said King. She’s proud The Beekeeper’s Apprentice is listed as a Notable Young Adult Book and an Outstanding Book for the College Bound from the American Library Association.

Sherlockians also have jumped on the Russell bandwagon. She and Leslie S. Klinger, who edited The New Annotated Sherlock Holmes, often do events together.

“A lot of Sherlockians were leery at first—they were afraid I was going to do another romantic pastiche like too many others. But when they realized that was not what I do and that I approach Sherlock with affection and respect, they have been welcoming.”

And King the academic has found her novels used in academia. A number of classes about Sherlock use The Beekeeper’s Apprentice. Keeping Watch’s Vietnam sections have found their way into the classroom. Folly, one of her stand-alones, has been used in several psychology classes to illustrate depression; the book was recently a community read in Washington State’s San Juan Islands.

“Fiction is an effective tool in talking about ideas,” King said.

As publicity geared up for 2009's The Language of Bees (and continues for 2011's Pirate King), it took a decidedly 21st-century approach. A fundraiser benefitted Heifer International’s beehive project. There were blogs, both on King’s website and the 109-year-old Mary Russell's MySpace page. Russell also joined Twitter. King writes the blogs herself, but gives much credit to the creative people who run the sites for her.

How would Victorian-era characters react to all this technology?

“They’d love it. Especially Mary. She’d be game for it,” said King. 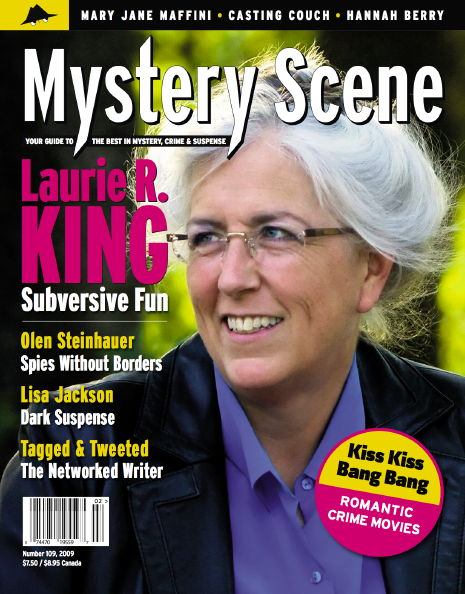