Marcia Muller and More San Francisco Authors
Oline Cogdill
If you're in San Francisco for Bouchercon, it's not too late to power read some mysteries set there. If you can't make it this year -- and we miss each of you -- take a virtual tour of San Francisco with our look at the city's mysteries. 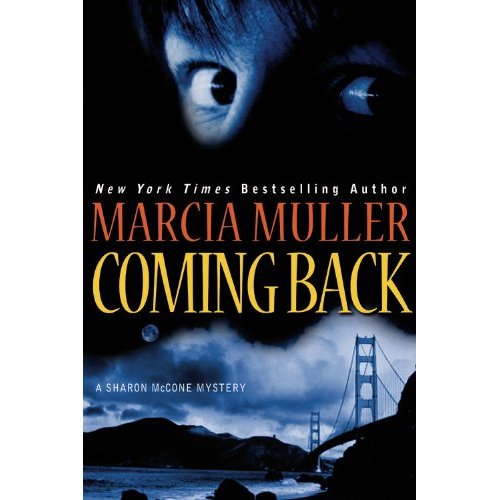 Marcia Muller: Any Sharon McCone novel. My friend Janet Rudolph recommends starting at the beginning of this wonderful series with Edwin of the Iron Shoes (1977). And that's a darn good place to start. But really any Sharon McCone novel will do. In this series, Muller has taken her private detective Sharon McCone from a wide-eyed innocent working tirelessly for a San Francisco legal co-op to a savvy businesswoman whose own agency is one of the city’s best-known. Along the way, Muller also has melded an acute look at San Francisco in her novels, blending factual and fictional sites to capture the spirit of San Francisco with a realism that becomes quite apparent to anyone who visits the area. If you like to start in the middle, try Dead Midnight, which looks at the demise of the dotcom industry. The newest McCone novel Coming Back will be released during October.
Meg Gardiner: The Dirty Secrets Club -- San Francisco forensic psychiatrist Jo Becket looks at a series of odd suicides and murders in the debut of this series. Gardiner first came to the attention of American readers when Stephen King wrote a glowing magazine column about her. Gardiner, who was published in the U.K. first, went on to win the Edgar Award for her novel China Lake. She will be one of the guests of honor during Sleuthfest 2011, from March 4-6 (mwaflorida.org/sleuthfest). She will share the honor with Dennis Lehane.

Rick Mofina: No Way Back -- A searing look at journalism and its ethics are at the heart of the solidly plotted No Way Back as a news story becomes personal for San Francisco crime reporter Tom Reed.
Robin Burcell: Face of a Killer -- San Francisco FBI forensic artist Sydney Fitzpatrick looks at the 20-year-old murder of her father before his convicted killer is executed.
marcia-muller-and-more-san-francisco-authors
1541