Books
Police at the Station and They Don’t Look Friendly 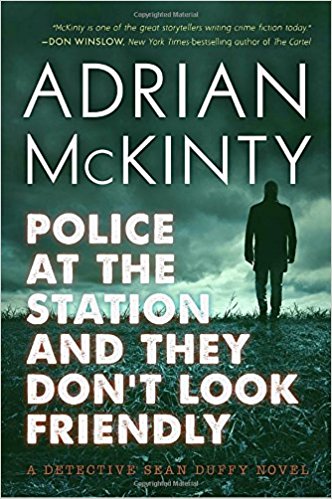 The sixth book in the Detective Sean Duffy series may come with a rather unwieldy title, but the story itself is another fascinating look into a bygone era of policing. Belfast, Northern Ireland, in 1988 is essentially a war zone. Divided between Catholics and Protestants with the IRA blowing stuff up all over the place, the city and the entire country is some- where most people would want to be far away from. So, you can imagine what it must be like to be a cop at the time. Particularly a Catholic one who has to check for bombs every time he goes to drive his car.

Sean Duffy is a man who is a wreck both personally and professionally. His career is going nowhere, and he’s not solving any cases because of the internecine politics being waged inside the Royal Ulster Constabulary on the basis of religious and interdepartmental skullduggery. If that isn’t enough, he drinks too much, smokes too much, and has a Protestant girlfriend (the mother of his child) who is hounding him to move away from all the danger.

When Duffy is called to the murder scene of a low-level drug dealer, his investigation soon leads him to suspect there is something larger going on. When a key witness in the murder disappears without a trace, instead of heeding the demands of his superiors to drop the case, Duffy is only more determined to solve it. But his stubbornness leads to grave danger for him and his family.

Adrian McKinty’s delineation of Duffy as one of the smartest people in whatever room he enters, even to the character’s detriment, is a nice touch. But the author smartly doesn’t make it something that alienates the reader (despite an unnecessary potshot at the music group U2). The supporting characters are strongly cast, whether they be friend or foe. In particular, Duffy’s two fellow detectives strike the interest enough that you could see them as characters headlining their own series of novels. McKinty’s hilarious use of language, particularly when insults are being hurled at one of Duffy’s higher ranking officers, can make you laugh out loud.

Whether your first exposure to Detective Sean Duffy or just the latest in your reading of the series, McKinty’s undeniable love of the character and keen grasp of the time and place his story occupies shines through and makes this another winning entry in the series.