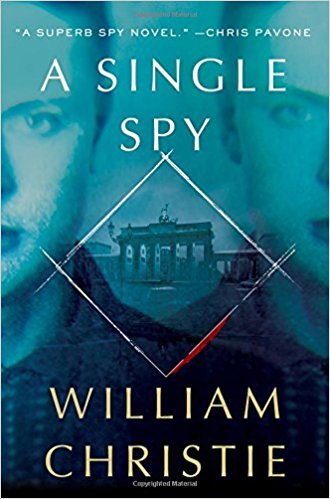 Christie launches into Smirnov’s story from the time he is taken into custody by Russian officials in 1936. Alexsi is surprised to discover that not only has the state been following him since his childhood, they have a plan that doesn’t involve life in a gulag. He is to be trained as a spy and eventually sent on a deep cover operation inside of Nazi Germany.

The reader learns bits and pieces about Alexsi’s childhood, his training, and his thoughts as he goes about his mission, all the while silently wondering about the motivations, both real and imagined, of his superiors.

Christie, a former Marine Corps officer, exhibits the expected grasp of the story’s military history and procedures, managing to weave those details into the narrative without making it into a boring history lesson. Instead, he seeds the details inside each successive step in the story to give the reader a vivid sense of time and place.

Through Alexsi’s training, eventual undertaking of his mission, and his covert rise inside of the Nazi ranks, the story adroitly keeps up the intensity and thrills with timely placed action scenes. The book never seems to forget the thriller part of the equation in its quest to qualify for the historical half of things. You’ll wonder how you didn’t see the climax of the story coming, and it will leave you with a deeply felt desire to learn more about the intriguing Alexsi Smirnov.

A Single Spy puts you on the edge of your seat as you accompany its protagonist on his mission. The book is a top-notch work of historical fiction that pits one man against a world bent on tearing itself apart.